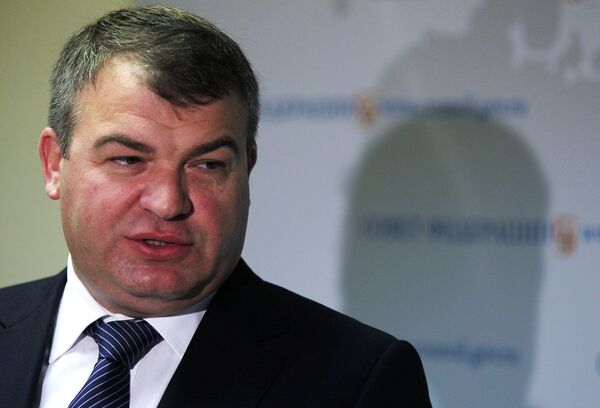 The creation of four unified strategic commands to replace four military districts as part of Russia's military reform has been completed ahead of schedule, Defense Minster Anatoly Serdyukov said on Friday.

There were six military districts prior to the reform.

"We finished the work just last week," he added.

Command West, with headquarters in Moscow, will control all military personnel and hardware in the Western Military District. The new district will incorporate the former Moscow and Leningrad military districts and the Baltic and Northern Fleets.