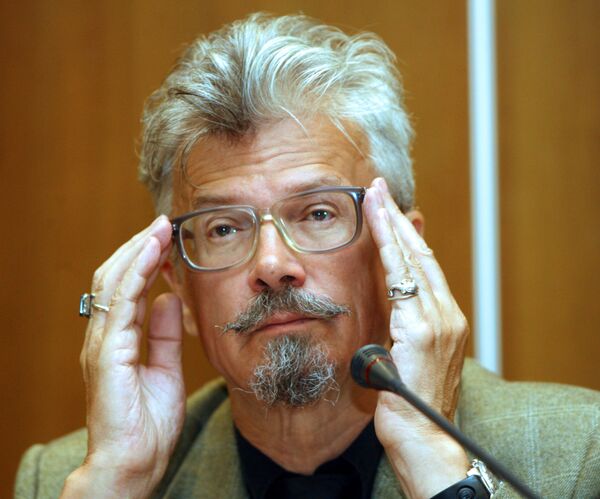 Opposition protesters have been given the go-ahead to hold a rally on Moscow's Triumfalnaya Square, a move that many observers say is a result of the sacking of long-standing Moscow mayor Yury Luzhkov.

Opposition protesters have been given the go-ahead to hold a rally on Moscow's Triumfalnaya Square, a move that many observers say is a result of the sacking of long-standing Moscow mayor Yury Luzhkov.

Opposition leaders Eduard Limonov and Ludmilla Alexeeva, who organize the protests on the square, described the decision as a "victory", the Kommersant paper said.

Earlier unsanctioned protests have inevitably ended with mass arrests and have come to be regarded as a symbol of the Kremlin's intolerance of dissent. Russian Prime Minister Vladimir Putin said in August that participants in illegal rallies should be "whacked with a baton."

The granting of permission is a small victory, however, as only 200 protesters have been sanctioned to take part in the rally, instead of the requested 1,500.

"The authorities have surrendered to us, but want to maintain the impression that they are still in charge," Limonov said.

The rallies are held on the square on the last day of every month that has 31 days in honor of article 31 or the Russian constitution, which guarantees freedom of assembly. Luzhkov, who was sacked last month after 18 years in office, was a staunch opponent of the protests.

Kremlin deputy chief of staff Vladislav Surkov hinted last week in an interview with the Vzglyad paper that the new mayor would allow future protests on the square.

"If 200 people want to gather every 31st of the month on Triumfalnaya Square in Moscow, with its multi-million population, then let them gather. I am sure the new mayor of the capital will make the right decision," he said.

Political Analyst Stanislav Belkovsky told Kommersant that the Russian authorities were using the dismissal of Luzhkov to change their stance on the protests.

"There is no reason for them to ban the protests anymore and now they can pass the blame over to Luzhkov," he said. "But the Kremlin still wants to demonstrate that the opposition have been marginalized, which is why they have restricted the number of people that can take part."

The Moscow city council is expected on Thursday to approve the appointment of Putin's former chief of staff Sergey Sobyanin as Moscow's new mayor.