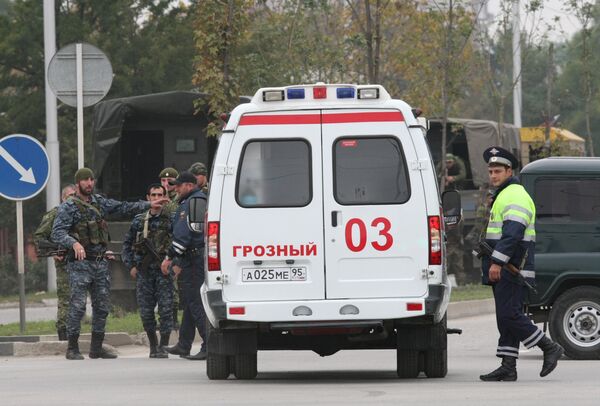 “At around 8.45 am three militants opened fire at parliamentary security guards,” Kadyrov said, adding that two police officers and a parliamentary administrative manager had been killed.

He also said three militants were killed in the ensuing special operation, which took place after the building had been evacuated.

A police source earlier told RIA Novosti that the attack began when a vehicle carrying terrorists drove in with cars carrying lawmakers.

He added that a suicide bomber had blown himself up while the other militants headed toward parliament.

This is the second serious terrorist incident in Chechnya in recent months. In August, a suicide squad launched a massive attack on Kadyrov’s home village of Tsentroi.

Chechnya, which saw two brutal separatist wars in the 1990s and early 2000s, has seen relative calm in recent years under Kadyrov, a former militant turned Kremlin ally whom critics have accused of human rights abuses.