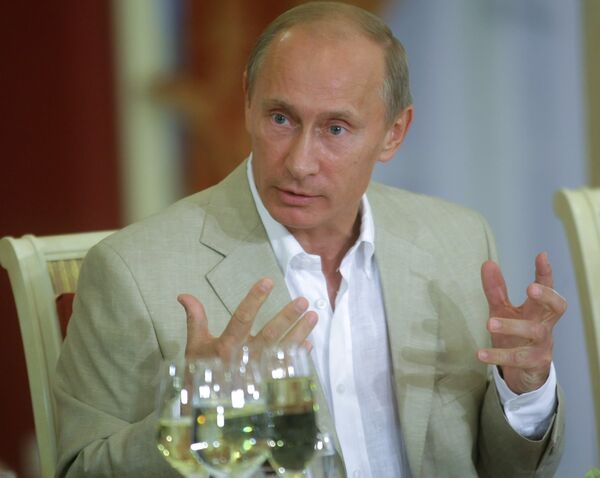 Russia will soon supply another shipment of tanks to Venezuela, Prime Minister Vladimir Putin said at a meeting with Venezuelan President Hugo Chavez on Friday.

Russia will soon supply another shipment of tanks to Venezuela, Prime Minister Vladimir Putin said at a meeting with Venezuelan President Hugo Chavez on Friday.

"Thirty-five tanks will be delivered soon," he said.

Chavez said the two states would speed up military cooperation. Venezuela is building a plant to manufacture Kalashnikov assault rifles.

Since 2005, Venezuela has bought over $4 billion worth of Russian weapons, including warplanes, helicopters, and Kalashnikov assault rifles.

Earlier on Friday, Russia and Venezuela signed an agreement on the construction of a nuclear power station in the South American state. The agreement was reached in April 2010 during Putin's visit to Caracas.

The presidents of Russia and Venezuela, Dmitry Medvedev and Chavez, said on Friday bilateral ties are strengthening.

We are moving onto new agreements on a wide range of projects," Medvedev said at talks in Moscow. "We have a strategic partnership - we are close friends."

Medvedev also said Venezuela acted "like a real friend" when it followed Russia in recognizing the former Georgian republics of South Ossetia and Abkhazia after Chavez's last visit to Russia in September 2009.

Chavez arrived in Moscow on Thursday as part of an international tour that also includes Belarus, Ukraine and Iran.