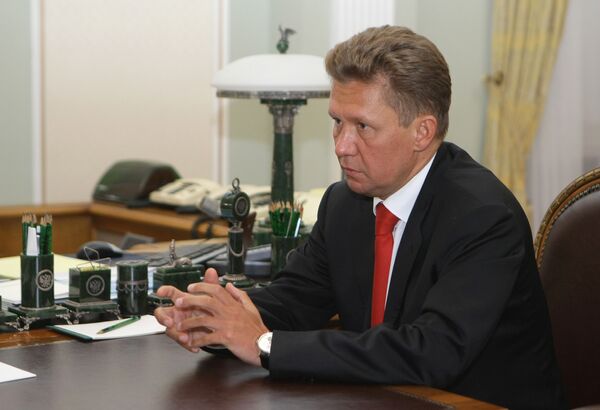 Russia's state-controlled gas export monopoly Gazprom will sign an agreement with Bulgaria on a feasibility study of the Bulgarian part of the South Stream pipeline.

"We have negotiated further construction of the South Stream pipeline," the agency quoted Bulgarian Energy and Economy Minister Traicho Traikov as saying.

The parties have agreed to accelerate the establishment of a joint Russian-Bulgarian company, which will build the Bulgarian part of the pipeline. The company is expected to be established in November, according to BGNES.

According to Bulgarian media, the country planned to negotiate with Gazprom a price cut and sign a direct gas supply contract with it.

The South Stream, launched in 2007, is seen as a rival to the EU-backed Nabucco pipeline, which is supposed to transport Caspian natural gas to Austria. Nabucco also enjoys EU support as a strategic contribution to the Southern Gas Corridor and Europe's energy security to ease Europe's dependence on Russian gas.

Some experts expressed doubts about the South Stream's feasibility due to its higher costs compared with Nabucco and conflicts among the participants. The project turned out to be highly complex, as the pipeline will be built and operated by several project companies specially created for this purpose.