Russian cities in bid for Moscow's Peter the Great monument 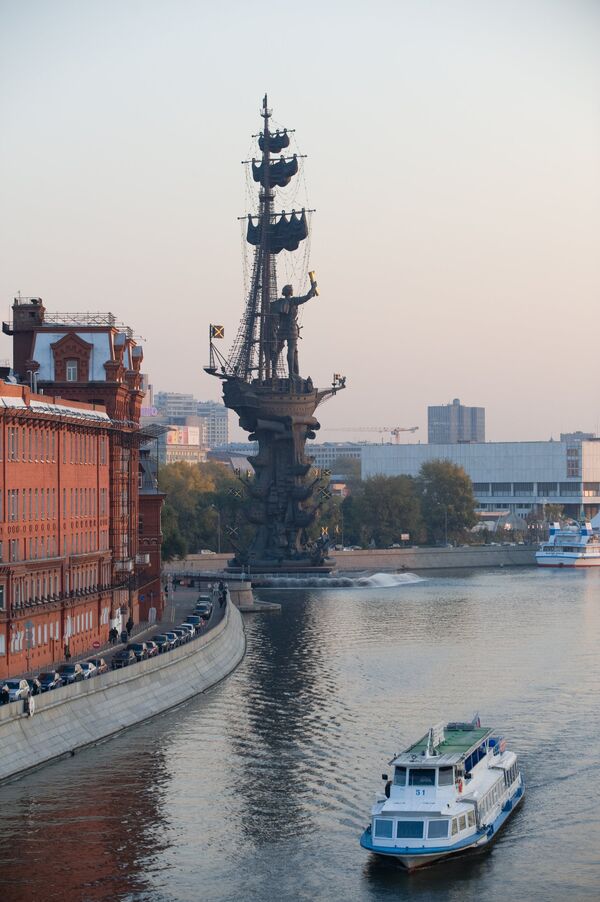 Russian cities are lining up for sculptor Zurab Tsereteli's monument to Peter the Great after Moscow's acting mayor said it may be removed.

Russian cities are lining up for sculptor Zurab Tsereteli's monument to Peter the Great after Moscow's acting mayor said it may be removed.

Federation Council Speaker Sergei Mironov suggested the 98-meter statue, depicting a disgusted-looking tsar atop a greenish galleon, should be moved to Peter's own city, St. Petersburg, but Governor Valentina Matviyenko said she would do her best not to let the edifice "of a dubious value" into the city.

It should be sent to a metal recycling plant, a local official said.

There have also been calls to move the monument to neighboring Petrozavodsk, also named after Peter. It would be "historically justified," Mayor Oleg Fokin said.

An even more northern location, Arkhangelsk, is also bidding for the statue of Russia's first emperor. This is where Peter first saw the sea, Mayor Viktor Pavlenko said.

Next in line is Voronezh, where the tsar oversaw the inauguration of Russia's fleet. Opinion polls show 68% of the city's residents approve of the move.

Another contender is Pereyaslavl-Zalessky, a picturesque town just 140 kilometers outside Moscow, the site of Peter's childhood extravaganzas, including the construction of his "fun flotilla," a group of would-be warships. The estate where Peter stayed is still there, and has been made a museum.

Other possible destinations include Ulyanovsk, more renowned perhaps for being the birthplace of Vladimir Lenin; Oryol in central Russia and Yekaterinburg in the Urals.

While it is hard to say where Tsereteli's colossus may go, or if it will at all, it is clear that acting Mayor Vladimir Resin and his successor will be looking to rid Moscow of ex-mayor Luzhkov's legacy, and the Peter monument has been one of his favorites.