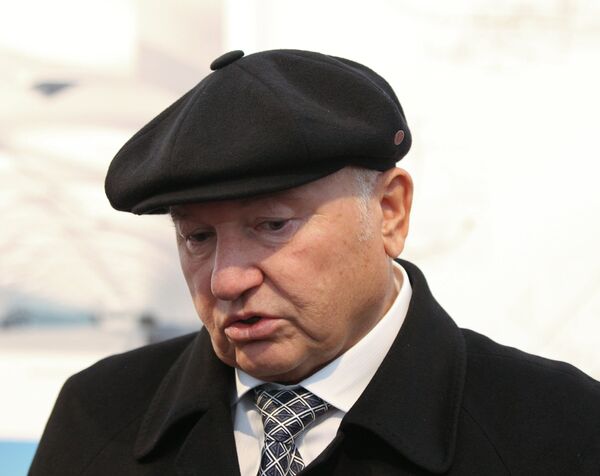 © RIA Novosti . Aleksei Kudenko
/
Go to the photo bank
Subscribe
Russia's labor watchdog said on Wednesday it may launch an unscheduled inspection of a university that has appointed former Moscow mayor Yury Luzhkov as dean with the token salary of 1 ruble-a-month.

Russia's labor watchdog said on Wednesday it may launch an unscheduled inspection of a university that has appointed former Moscow mayor Yury Luzhkov as dean with the token salary of 1 ruble-a-month.

The International University in Moscow announced the appointment on Tuesday. Luzhkov himself proposed the ruble-a-month salary despite being offered a fee commensurate with the salaries of other deans.

"Since May this year, the MROT [minimal income threshold] for Moscow has been set at 10,100 rubles [$3,384] per month," said Andrei Selivanov, the deputy head of the Federal Labor and Employment Service (Rostrud).

Employers in Russia are obliged to pay their workers salaries in the amount no lower than the MROT established in accordance with the labor legislation. Selivanov said the university was registered in Moscow and had no right to violate this threshold.

"This is a flagrant violation on the part of the employer. An unscheduled inspection may be held in such cases," Selivanov said.

Luzhkov, 74, was fired by Russian President Dmitry Medvedev on September 28 after weeks of speculation about his worsening relations with the Kremlin and his imminent resignation or dismissal.

Before he was fired, Luzhkov was the target of widespread media accusations that he helped his wife, property developer Yelena Baturina, win construction contracts in the Russian capital.

A documentary aired by the NTV channel accused Luzhkov's wife, rated the world's third richest woman by Forbes, of using her husband's position to amass her alleged $2.9 billion wealth. Both Luzhkov and Baturina deny all the accusations.