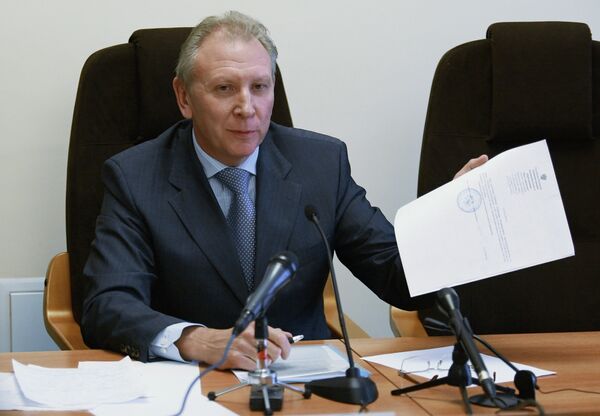 Ryabinin, who oversaw the capital's lucrative construction sector, resigned after corruption charges were brought against him last week. A criminal case against him was originally opened in March, but was later dropped.

Ex-mayor Yury Luzhkov, who was sacked by President Dmitry Medvedev last Tuesday, had frequently spoken out in defense of Ryabinin.