Luzhkov to form own political movement 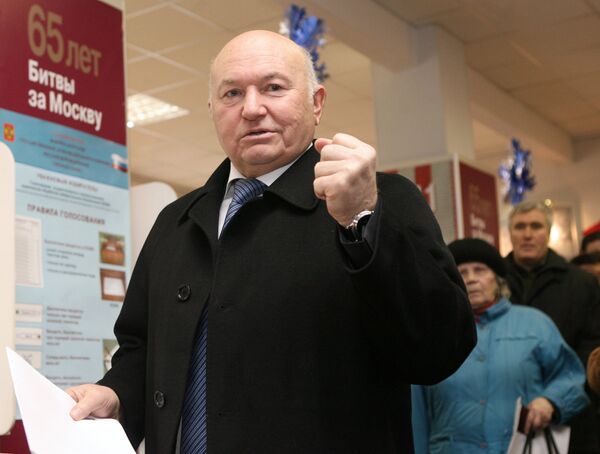 Former Moscow mayor Yury Luzhkov, sacked by President Dmitry Medvedev last week, is to form his own political movement, he said in an interview.

Former Moscow mayor Yury Luzhkov, sacked by President Dmitry Medvedev last week, is to form his own political movement, he said in an interview.

“I am going to form my own political movement,” he told the magazine.

However, Luzhkov told the Moscow-based The New Times magazine that he had no intention of forming a political party.

He did not rule out that the organization could be linked to the Russian Movement for Democratic Reform organization, created in 1991.

Luzhkov, who left the ruling United Russia party just two days before his dismissal, also denied that he had been offered the post of the head of the upper house of parliament to resign as mayor.

The former mayor earlier said that he had no intention of throwing his hat into the ring for the 2012 presidential elections.

Commentators say Medvedev's sacking of Luzhkov, formerly one of the most powerful politicians in Russia, may have been a bid to boost his authority ahead of the 2012 presidential polls.

Relations between the long-serving Moscow mayor and Medvedev are believed to have soured after a September article by Luzhkov in the government daily Rossiiskaya Gazeta hinted at criticism of the leadership tandem of Medvedev and Prime Minister Vladimir Putin.

According to some reports, the Kremlin was also angered by Luzhkov's opposition to Medvedev's decision to halt the construction of a controversial highway to St. Petersburg cutting through a forest north of Moscow.