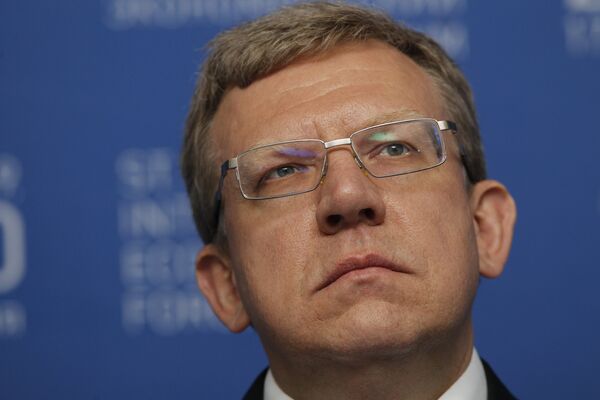 Moscow and Washington have resolved the last of their disagreements concerning Russia's accession to the World Trade Organization, Russian Finance Minister Alexei Kudrin said on Friday.

Moscow and Washington have resolved the last of their disagreements concerning Russia's accession to the World Trade Organization, Russian Finance Minister Alexei Kudrin said on Friday.

"We have managed to do this - all questions with the United States have been resolved," Kudrin told participants in an annual forum in the Ukrainian Black Sea resort of Yalta, adding that "stagnation" in Russian-U.S. talks on the issue had been overcome.

Preparations for Russia's accession to the WTO will take from two to four months, after which the accession procedure will begin, the minister said.

Although the average WTO accession period is five to seven years, Russia has already been seeking to join the WTO for 17 years and is the only major economy outside the global trade body.

In June 2009, Russia, Belarus and Kazakhstan notified the WTO of their intention to join the organization as a customs union. Four months later, they said they would resume talks on WTO accession separately, but from synchronized positions.

The head of Russia's Department of Trade Negotiations said on Thursday that after an almost yearlong deadlock in the negotiation process, the WTO partners are fairly positive on the issue of Russia's accession to the organization.

Russian President Dmitry Medvedev has admitted that the country still has problems with the protection of intellectual property rights, a major impediment to WTO accession, but says tackling this issue is a priority for the Russian government.

During a meeting outside Washington in June, Medvedev and U.S. President Barack Obama agreed to complete talks on Russia's accession as quickly as possible, with Medvedev suggesting they could be completed by the end of September.

Russian Prime Minister Vladimir Putin, however, voiced concerns earlier this month that the country is unlikely to join the WTO by the projected date of January 1.

On Thursday, Putin said Russia would be ready to accept restrictions imposed by the World Trade Organization only after it has joined it.