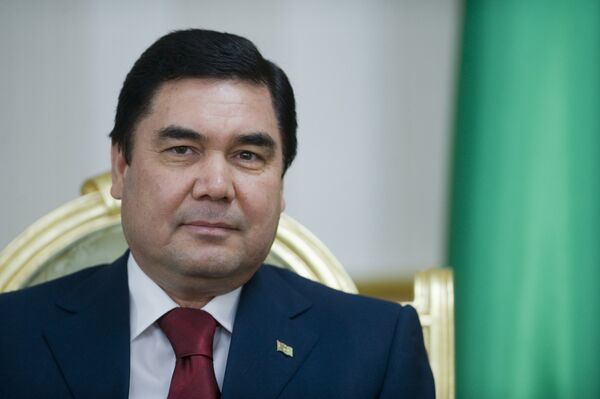 Turkmenistan will continue to maintain a policy of strategic cooperation with Russia in the oil and gas sphere, the Turkmen president said on Thursday.

Gurbanguly Berdymukhamedov said cooperation would continue despite the negative impact of the global economic crisis on joint projects.

"Among them is an intergovernmental agreement on the expansion of strategic cooperation in the energy and machinery spheres, which stipulates the implementation of joint projects in the oil and gas sphere, including the construction of the Central Asia-Center gas pipeline intended to widen opportunities for Turkmen gas supplies to the north," he said.

The Central Asia - Center gas pipeline system, controlled by Russia's energy giant Gazprom, is designed to run from Turkmenistan via Uzbekistan and Kazakhstan to Russia.

Construction on the East-West pipeline to the North-East Turkmen gas fields with the Caspian Sea began in May. The planned Nabucco gas pipeline will later connect the Caspian to Europe via Turkey.