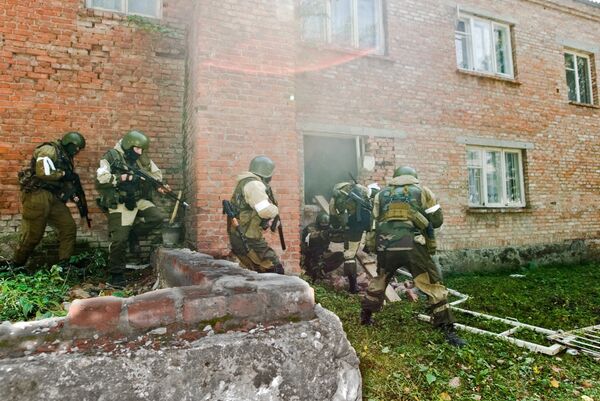 "During the inspection of facilities by means of special equipment, a homemade explosive device hidden by militants went off," the committee said in a statement.

"According to explosives experts, the device's power was up to 10 kg of TNT equivalent. The explosion destroyed the wall of a three-story house," it said.

The statement also said a car containing another explosive device equivalent up to 3 kg of TNT was discovered.

Weapons and ammunition were seized from killed militants. The committee also said messengers of an Al Qaeda emissary were identified among the bodies.

Terrorist attacks and shootouts with police are common in Russia's troubled North Caucasus republics, especially in Dagestan and neighboring Chechnya and Ingushetia.

The Kremlin has vowed to clamp down on militant groups while stepping up efforts to boost the local economy.