Easing visa rules for Kaliningrad residents unlikely in near future 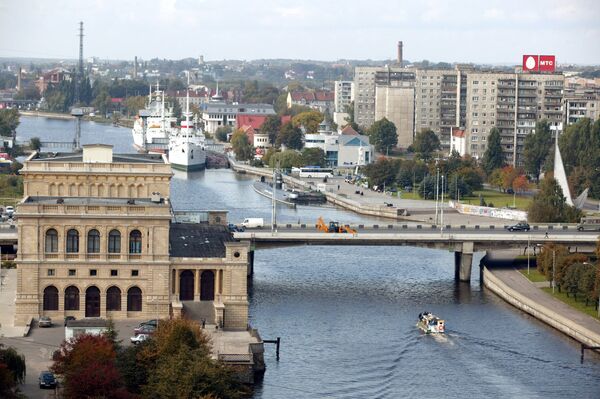 © RIA Novosti . Igor Chuprin
/
Go to the photo bank
Subscribe
The easing of EU visa requirements for residents of the Russian Baltic exclave of Kaliningrad is unlikely to happen in the near future, Lithuanian Deputy Foreign Minister Evaldas Ignatavicius has said.

The easing of EU visa requirements for residents of the Russian Baltic exclave of Kaliningrad is unlikely to happen in the near future, Lithuanian Deputy Foreign Minister Evaldas Ignatavicius has said.

The European Parliament's resolution 1931/2006 allows states parties to the Schengen agreement to establish a simplified visa regime for people living in the 30-km (or 50-km) zone from both sides of the external border.

In April, Poland and Russia filed a request to the European Commission, seeking to extend the resolution to all Kaliningrad Region residents.

"Now, in connection with the Russian-Polish initiative, changes to European Union's regulations are needed, which should be proposed by the European Commission, supported by heads of all EU states, and approved by the European Parliament," Ignatavicius said, adding that these procedures may require several years.

"However, if there is a very strong political will, a decision might be taken more rapidly," he said.

Located between Poland and Lithuania, Russia's westernmost Kaliningrad Region has no land border with Russia.

While the Russian-Polish request is being considered, it would be beneficial to sign an agreement to ease visa requirements for people living within 50 kilometers from the border, which has already been prepared, Ignatavicius said.

"This would revitalize our projects in the sphere of cross-border cooperation, because our near-border areas, as well as those in Poland and the Kaliningrad region, are the most economically backward," the official said.

"If we look at near-border areas, for example, between Poland and Germany of between Germany and France, how they have transformed, we can understand the benefit of cross-border cooperation and free movement of people," he added.