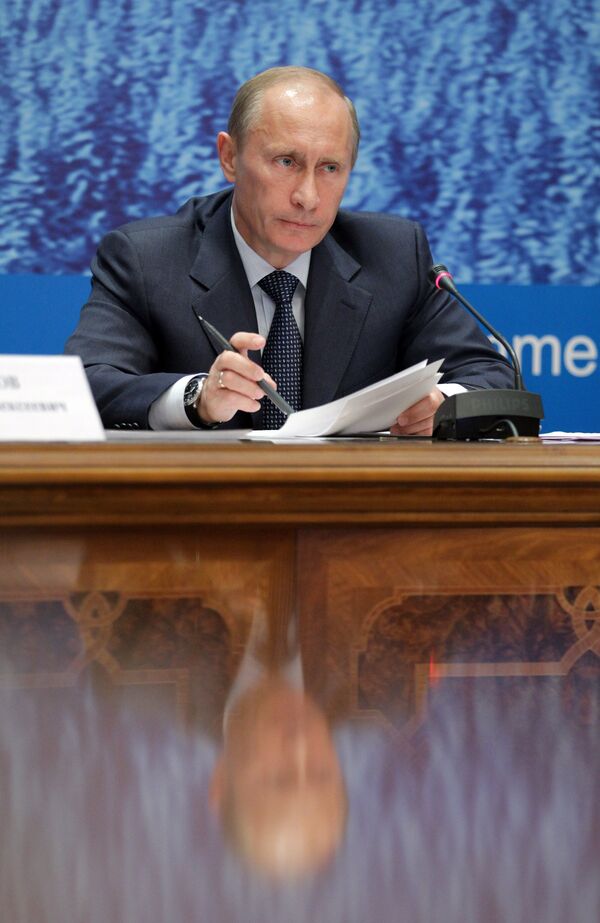 The long-serving Luzhkov was fired earlier in the day after weeks of speculation about his worsening relations with the Russian president and his imminent departure.

In a statement announcing Luzhkov's dismissal, Medvedev said he had "lost confidence" in the 74-year-old mayor.

"Yury Luzhkov has done much for Moscow's development, and to a certain degree he is a symbolic figure of modern Russia," Putin told journalists.

"But it is evident that relations between the Moscow mayor and the president soured. Meanwhile, the mayor is the president's subordinate, and not vice versa, so [Luzhkov] should have taken the steps required to normalize the situation," said Putin.

Putin said Medvedev's decree dismissing Luzhkov was in line with the law.

"The Russian president acted in strict compliance with the law and within the framework of his authority," the premier said.

Luzhkov, who had been in office since 1992, vexed Medvedev by criticizing his decision to freeze construction of a new Moscow-St. Petersburg toll road and calling for stronger leadership for Russia in an article for the Rossiiskaya Gazeta government newspaper.

In recent weeks, Luzhkov was the subject of a 1990s-style smear campaign by state-run TV channels, which have slammed him for remaining on vacation while Moscow was choked by acrid smog in August, and for failing to tackle some of the city's most pressing problems, namely chronic traffic congestion and widespread corruption.

He was also accused of using his position to help his wife, Yelena Baturina, to make a fortune through construction contracts in the Russian capital. Baturina is the third richest woman in the world according to Forbes.

After returning from a week's vacation on Monday, Luzhkov announced that he would not resign voluntarily, extinguishing the Kremlin's hopes for a quiet exit for the mayor.