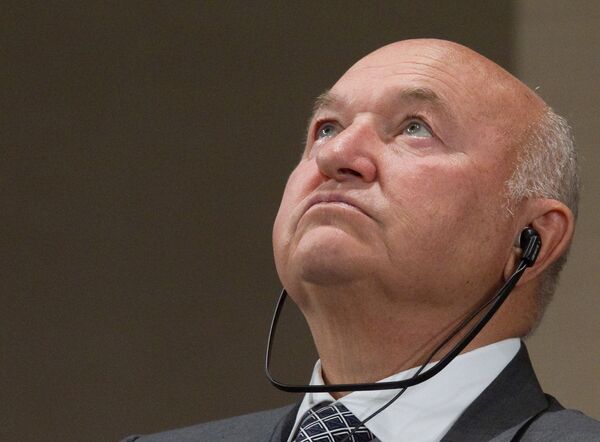 Moscow's long-standing mayor, Yury Luzhkov, was fired on Tuesday after weeks of speculation about his worsening relations with Russian President Dmitry Medvedev and imminent departure.

Moscow's long-standing mayor, Yury Luzhkov, was fired on Tuesday after weeks of speculation about his worsening relations with Russian President Dmitry Medvedev and imminent departure.

Luzhkov's first deputy and ally, Vladimir Resin, has been appointed acting mayor of the Russian capital.

The former mayor left the leading United Russia party, of which he was a senior member, later on Tuesday, his press secretary said.

Luzhkov, who had been in office since 1992, vexed Medvedev by criticizing his decision to freeze construction of a new Moscow-St. Petersburg toll road and calling for stronger leadership for Russia in an article for the Rossiiskaya Gazeta newspaper.

In recent weeks, he has been the subject of a 1990s-style smear campaign by state-run TV channels, which have slammed him for remaining on vacation while Moscow was choked by acrid smog in August, and for failing to tackle the city's most pressing problems: near-constant traffic gridlock and widespread corruption.

He was also accused of using his position to help his wife, Yelena Baturina, to make billions through construction contracts in the Russian capital.

After returning from a week's vacation on Monday, Luzhkov announced that he would not resign voluntarily, snubbing the Kremlin's hopes for a quiet exit for the mayor.

Prime Minister Vladimir Putin, known to be a strong ally of Luzhkov's, has not publicly commented on the situation.

Commentators say Luzhkov's removal is a sign that Medvedev is asserting his authority ahead of the 2012 presidential elections, when he will face off against his long-time mentor Putin, who has hinted he is going to make a bid to return to the presidency.

Medvedev confirmed these comments on Tuesday by saying he did not rule out firing other officials if he felt he had lost trust in them.

"This is the first time this has happened, but I do not rule out that similar situations may occur in the future," Medvedev said.

Many Russian politicians have voiced their support for Medvedev's decision.

State Duma speaker Boris Gryzlov said Luzhkov only had himself to blame for his resignation.

"We assume that the president had reasons for it [Luzhkov's dismissal], and unfortunately, Luzhkov as mayor gave a handle to the president for such a decision," Gryzlov said.

The question of who will replace Luzhkov remains unclear.

Resin is unlikely to take the job on a permanent basis, analysts say.

Communist Party member Sergei Obukhov said there is no way of knowing who will succeed Luzhkov.

"The final decision could be completely unexpected because struggles and compromises have begun," Obukhov said. "As a result, all figures that have been tipped [for the job] may be turned down."