Russia to create own DARPA for military innovation 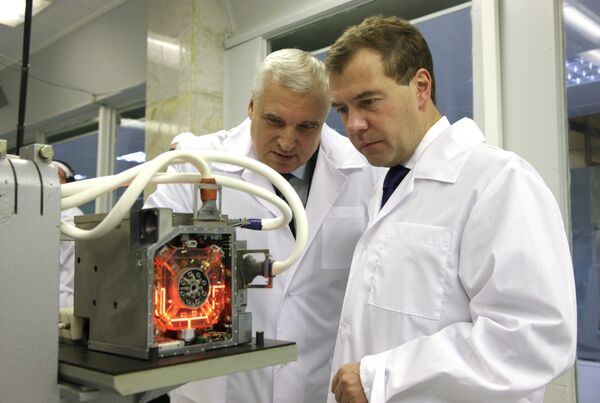 The project is part of Russian President Dmitry Medvedev's drive to diversify the Russia economy by reducing its dependence on oil and gas exports.

The president's modernization committee met on Wednesday at an aviation equipment factory near Moscow to discuss innovation in the military sector.

Currently, increased military spending is only going into upgrading old systems, developed in the Soviet era, Medvedev said. Russia needs to start producing its own hi-tech systems, he added.

The DARPA (originally ARPA) was created in 1958 in response to the launch of the Soviet Union's first artificial Earth satellite. It has funded the development of a number of influential projects, including the ARPANet, the predecessor to the Internet. The project's budget for the 2011 fiscal year is $ 3.1 billion.

Presidential Aide Arkady Dvorkovich said the project could be created in collaboration with the Skolkovo fund, an innovation center planned to be built near Moscow.

Medvedev has made developing hi-tech sectors and encouraging research the focal point of his economic agenda.