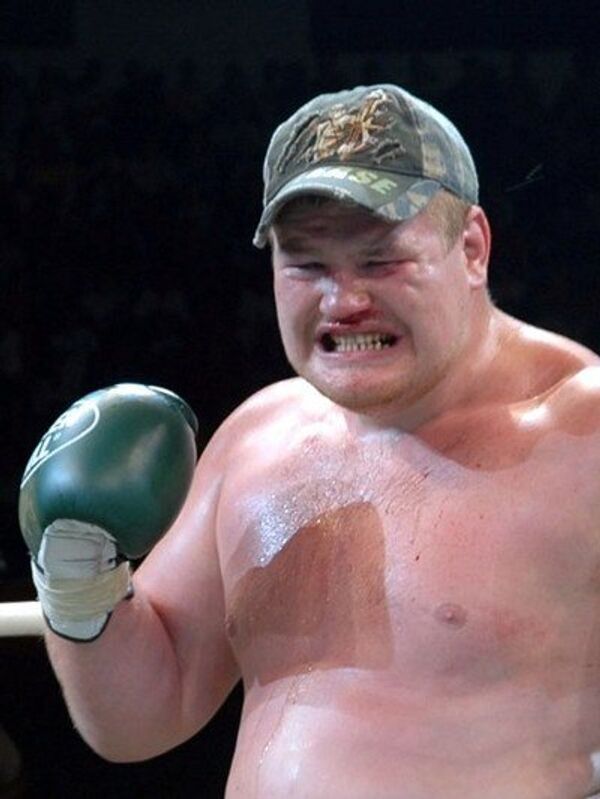 © Photo : fightlife.ru
Subscribe
A former Russian mixed martial arts fighter was detained in Norway a month after he escaped from a mental ward in St. Petersburg, Norwegian media said.

A former Russian mixed martial arts fighter was detained in Norway a month after he escaped from a mental ward in St. Petersburg, Norwegian media said.

Vyacheslav Datsik, 33, was arrested when he applied for political asylum at the Police Immigration Unit in Oslo. The "bulky, muscular and redheaded Russian" also handed a loaded revolver to the officer, Aftenposten wrote.

Datsik was also involved in political activities as a member of the neo-Nazi party, Slavic Union, which was banned in Russia this march but reportedly opened its office in Norway. The party posted an online video saying Datsik arrived to the country onboard an arms-trafficking vessel.

The video also shows Datsik posing in front of an "Oslo SS" banner, with an axe and a gun in his hands.

"I am not a nationalist. I'm a racist," Datsik was quoted as saying in the online edition of the Verdens Gang (VG) newspaper.

He was detained for illegal possession of weapons and on suspicion of having possible links to organized crime, along with two other suspected neo-Nazis, reportedly from an ex-Soviet Baltic state.

The case was handed over to Norway's organized crime department.

"We have made a seizure of weapons which makes this case a high priority. The three are currently charged with violating the Firearms Act," VG quoted Oslo organized crime department officer Einar Aas as saying.

Datsik was arrested in 2007 after a series of robberies in mobile phone stores. However, psychiatric examinations concluded that he was mentally ill and was exempted from being held responsible for the criminal charges.