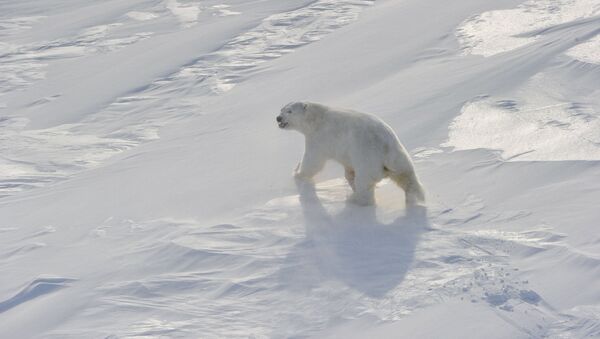 World's leading experts on the Arctic and prominent politicians will gather on Wednesday in the Russian capital to discuss the political, economic and environmental issues affecting the Arctic region.

World's leading experts on the Arctic and prominent politicians will gather on Wednesday in the Russian capital to discuss the political, economic and environmental issues affecting the Arctic region.

"The International Arctic Forum in Russia will allow us to stimulate domestic dialogue on the issues concerning the situation in the Arctic region, and to present the world community with a picture of the region's future as it is seen by the Russian experts," President of the Russian Geographical Society and Russian Emergencies Minister Sergei Shoigu said on the eve of the event.

The forum was initially scheduled for April 2010, but had to be postponed following the eruption of the Eyjafjallajokull volcano in Iceland, which prevented many international participants from coming to Moscow.

RIA Novosti is the official media partner of the forum.

Russia first laid claim to the Lomonosov Ridge and the Mendeleev Ridge under the Arctic Ocean in 2001, but the United Nations demanded more conclusive evidence.

If Russia proves that the Lomonosov Ridge and the Mendeleev Ridge are the extension of the Russian continental shelf, the country will receive the right to the additional 1.2 million square kilometers in the Arctic and to the development of huge oil and gas fields in the triangle between the Chukotka Peninsula, Murmansk and the North Pole. The adjusted Russian claim for the Arctic shelf is expected to be prepared by 2013.

Russia has said it will invest some 1.5 billion rubles ($50 million) in defining the extent of its Arctic continental shelf in 2010.

In late July, the Russian research vessel Akademik Fedorov left Arkhangelsk for a three-month expedition to the Arctic to ascertain the borders of Russia's continental shelf.