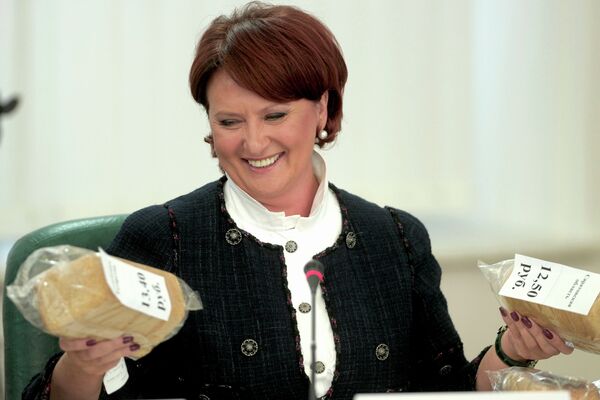 "Currently 54 million tons have already been gathered in," Skrynnik told a government meeting. "Up to 10 million tons will be harvested in Siberia and the Urals, according to our forecasts. Therefore, taking into account our 26-million-ton reserves, our grain resources will reach 90 million tons."

The country's domestic needs of 77 million tons will be met, Skrynnik added.

She said subsidies would be implemented on the transportation of agricultural products to Central Russia to significantly reduce grain prices in the region.

Russia banned grain exports until at least the end of the year following this summer's severe drought and forest fires that destroyed around 10.8 million hectares of crops and reduced harvest forecasts to as low as 60 million tons, 38 percent less that in 2009. The ban has caused a steady rise in grain prices in Russia and around the world.

President Dmitry Medvedev said on Tuesday that supporting the drought-hit farmers and restoring their pay was a top priority for the government. He said 35 billion rubles ($1.1 billion) would be allocated to aid the country's struggling agricultural sector.