Moscow mayor on way out, but should leave in peace 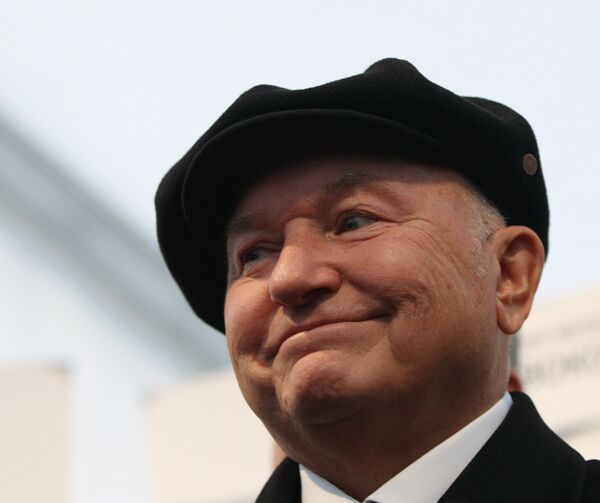 Embattled Moscow Mayor Yury Luzhkov is in for the chop, but the Kremlin wants him to go without a row, senior officials have said.

Embattled Moscow Mayor Yury Luzhkov is in for the chop, but the Kremlin wants him to go without a row, senior officials have said.

The Kremlin's main aim now is not to show Luzhkov the door but to make him quit willingly, a source close to the presidential administration told the Vedomosti newspaper.

President Dmitry Medvedev doesn't want it to look like Luzhkov has fallen out of favor with the Kremlin, the source added. If things go smoothly enough, Medvedev is sure to find him some undemanding post, Moscow officials say.

Luzhkov, who celebrates his 74th birthday on Tuesday, left for to Austria on vacation on Sunday, but analysts say he is only playing for time.

In an unprecedented campaign, state-backed media have recently accused the long-serving Luzhkov, a plain-speaking self-styled "khozyain" or boss, of indifference to the plight of his city when it was blighted by smog during the summer wildfires, and corruption.

Luzhkov was accused of not returning quickly enough to the smog-shrouded capital from the crystal clear air of the Alps in August. His wife Yelena Baturina, the third richest woman in the world, was said to have used her husband's influence to earn her fortune in construction.

In a bid to save his reputation, the pro-Luzhkov TV channel TV Center decided to air a broadcast in support of the embattled mayor late on Monday. The documentary, called the Moment of Truth, was to reveal the "truth" behind the accusations against the mayor by the "shadowy figures" within the Kremlin. But things went all wrong at the last minute, when a video tape with the film "malfunctioned" just hours before it was due to be broadcast.

Speaking in an interview with the New Times magazine on Monday, Baturina said the media attack on her husband revealed the growing antagonism between President Medvedev and Premier Vladimir Putin, his long-time mentor, ahead of the 2012 presidential elections. Ever since making way for Medvedev in 2008, Putin has hinted he is going to make a bid to return to the presidency in 2012.

The Kremlin should be fast but not furious in choosing Luzhkov's replacement, experts say, because a mistake may come at too high a price.

"From the political point of view, the man who controls Moscow controls Russia into the bargain. But Russia's bureaucracy has so many toys right now that they simply don't need Moscow... Moscow is a bubble," Russian billionaire Alexander Lebedev, who ran for mayor in 2003, told the Kommersant newspaper.