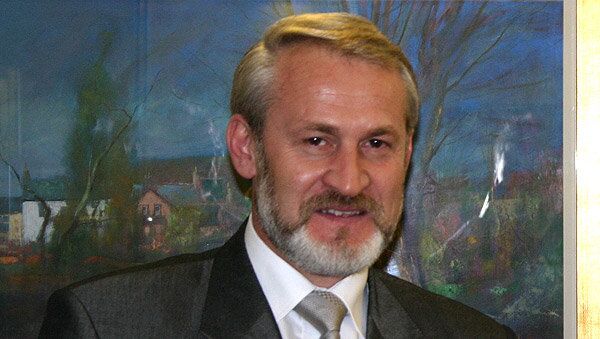 Poland's decision not to extradite the Chechen separatist leader Akhmed Zakayev to Russia was "illogical", the speaker of Russia's upper house said on Monday.

Poland's decision not to extradite the Chechen separatist leader Akhmed Zakayev to Russia was "illogical", the speaker of Russia's upper house said on Monday.

Zakayev, who was in Warsaw to attend a Chechen congress, walked out of a Polish court on Friday evening several hours after he was arrested at Russia's request.

"I cannot comment on the decision of the Polish authorities but it would seem logical to me to extradite to Russia a person who is on the international wanted list," Sergei Mironov said.

Earlier in the day Zakayev left Poland for London but should return later this week, his representative Adam Borowski said on Monday.

Polish prosecutors asked the Warsaw District Court to extend Zakayev's arrest for 40 days but their petition was rejected. The conditions of Zakayev's release have not been yet made public.

Zakayev told reporters after the court session that he was free to travel in Poland and would go to the town of Pultusk, around 60 km (40 miles) north of the capital, to address the World Chechen Congress that is being held there.

"Poland is one of my favorite countries, which I will always visit. It is yet another country where I feel free," Zakayev said.

Moscow wants Zakayev to return to Russia to face terrorism, murder, kidnapping and other charges and prosecutors said following his arrest that they were preparing an extradition request.

Zakayev was placed on the international wanted list by Russia in 2001 but he was granted political asylum by Britain in 2003. Russia has repeatedly asked Britain to extradite him, but the request has invariably been refused.

Zakayev, who has spoken out against Islamic radicalism in the North Caucasus, was "sentenced to death" by Chechnya's most wanted militant leader, Doku Umarov, in 2007.