Russia to fire 100,000 bureaucrats in next three years 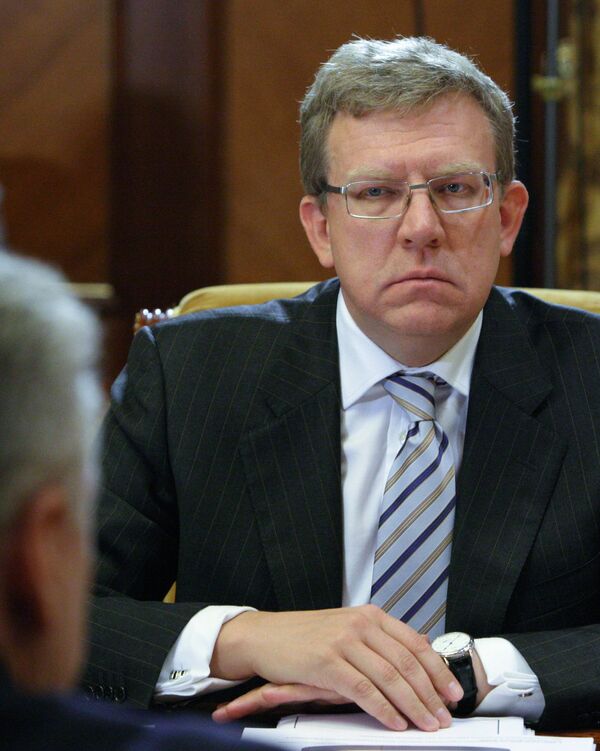 Russia will cut its army of bureaucrats by more than 100,000 within the next three years, saving 43 billion rubles ($1.5 billion), Finance Minister Alexei Kudrin said on Monday.

Russia will cut its army of bureaucrats by more than 100,000 within the next three years, saving 43 billion rubles ($1.5 billion), Finance Minister Alexei Kudrin said on Monday.

"We assume more than 100,000 federal state civil jobs will be cut within three years. The government has already included a schedule for cutting the number of federal civil servants in the draft budget for the next three years and coordinated it with ministries and agencies," Kudrin told President Dmitry Medvedev, who in June ordered a 20 percent cut in the number of bureaucrats.

Under the government plan, ministries and agencies will have to sack five percent of their staff in 2011 and 2012, and 10 percent in 2013.

Kudrin said that a government commission had found that 1,468 government positions were redundant, 263 duplicated each other and 868 required investigation to find out if they were necessary.

In the last three years, the number of bureaucrats in the federal government had increased by nearly 20,000, in regional governments by 60,000 and at municipalities by 50,000, he said.

Kudrin said the cuts would help raise salaries for those who would keep their jobs.

"There will be a redistribution of savings. Civil servants' wages will grow by 10 percent which is below inflation due to strong budget limits and the necessity to cut the budget deficit," he said.