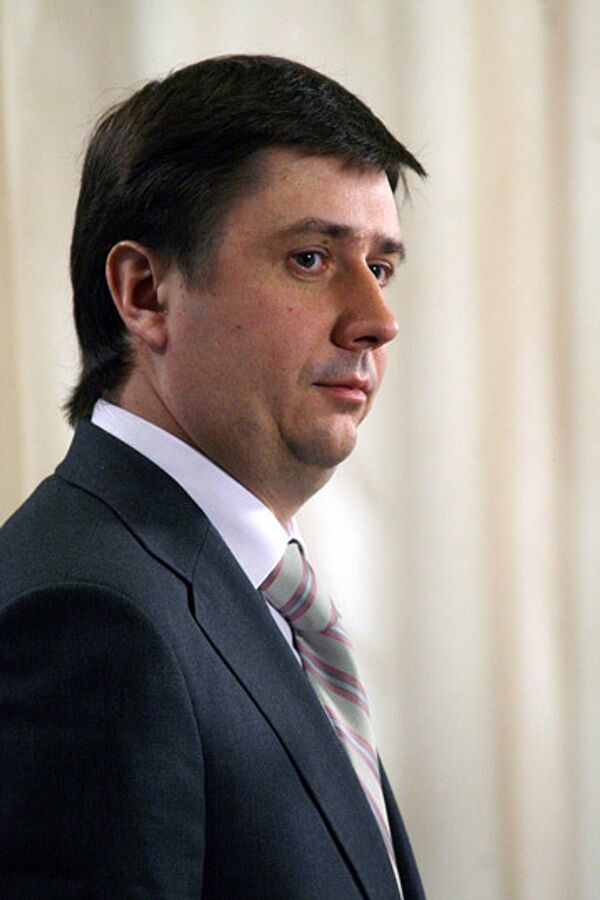 A draft language law, which is currently discussed in the Ukrainian parliament, ensures a significant expansion in the use of Russian.

Under the draft bill, Ukrainian will remain the only state language in the country but the use of "minority" languages will expand, Vadim Kolesnichenko, a member of the ruling Party of Regions faction and head of the Russian-Speaking Ukraine public movement, said.

Russian is widely spoken in the former Soviet republic, especially in the east, Crimea and the capital.

During the election campaign, Yanukovych declared that the position of the Russian language in Ukraine should be strengthened through the ratification of the European Charter for Regional or Minority Languages.

Ukraine is already a signatory to the charter, which if it entered Ukrainian law would give each region of the country the right to choose the language used in official communication and for teaching in schools.

Yanukovych's election victory showed a clear split between the pro-Russian east of the country and the more nationalist west, where his opponent, Yulia Tymoshenko, won most votes. A similar divide was seen five years earlier, when Viktor Yushchenko was elected president at the expense of Yanukovych.