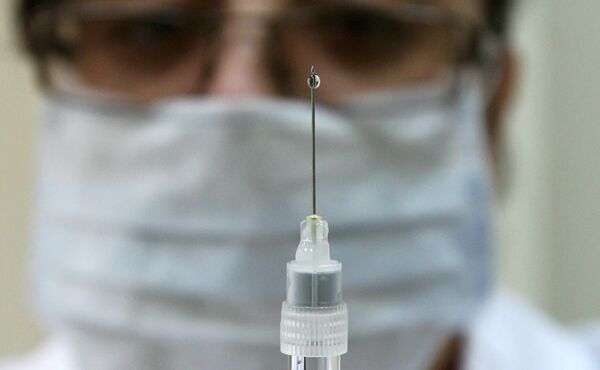 Scientists from the southwestern Siberian city of Novosibirsk have successfully tested on animals a medicine, which may be a breakthrough in treating Parkinson's disease (PD).

Scientists from the southwestern Siberian city of Novosibirsk have successfully tested on animals a medicine, which may be a breakthrough in treating Parkinson's disease (PD), the research institute said.

"We have synthesized a compound which completely removes all symptoms of Parkinson's disease in animals," said Konstantin Volcho, a spokesman for city's Vorozhtsov Institute of Organic Chemistry.

"Tests on animals with PD demonstrated that the medicine returns all parameters back to normal and does not require additional medication. It has also been proven by long-term experiments," he said.

Scientists expect preparations for clinical trials to take at least two years, after which the medicine will be tested on humans.

Researchers have already filed a patent application for the compound.

He said that though the medicine will not cure PD completely, it was nevertheless a breakthrough in PD treatment as it allows patients to live a normal, healthy life for a longer period.

"Currently there is no cure for Parkinson's disease, the main target of PD treatment is to give patients the maximum quality of life for as long as possible," the institute spokesman said.

Parkinson's disease (PD) is a motor system disorder, which occurs due to the death of dopamine-producing brain cells. It is typically found in people over the age of 50, and is more common in women, than men. The four primary symptoms of PD are tremor, stiffness of the limbs and trunk, slowness of movement and impaired balance and coordination.

According to the U.S. National Institute of Neurological Disorders and Stroke, nearly one million Americans are living with the disease, and 60,000 were diagnosed last year.

The symptoms are initially very mild, but when they start progressing, doctors usually prescribe medicines to replace the brain's lost dopamine. The extremely severe patients have to undergo brain surgery.