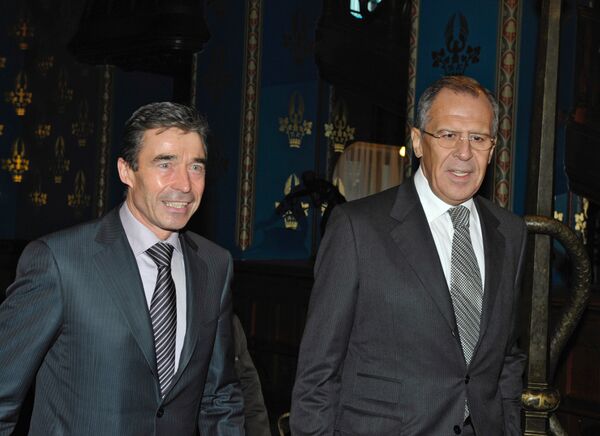 They discussed "topical issues" of Russia's cooperation with NATO in the course of a telephone conversation, the ministry press service said.

The discussion included the forthcoming informal Russia-NATO Council session at the level of foreign ministers due to take place on September 22 in New York.

It was not immediately clear if they also discussed the NATO summit scheduled for November in Lisbon, to which Russia had reportedly been invited.

Lavrov said earlier on Thursday that Moscow had not yet received an official invitation to attend the summit.

Western media reported on Wednesday that NATO had invited Russia to attend the organization's summit in a bid to enhance cooperation on security issues, including Afghanistan and Iran.

NATO diplomats were quoted as saying they were waiting for a response from Moscow to the invitation.