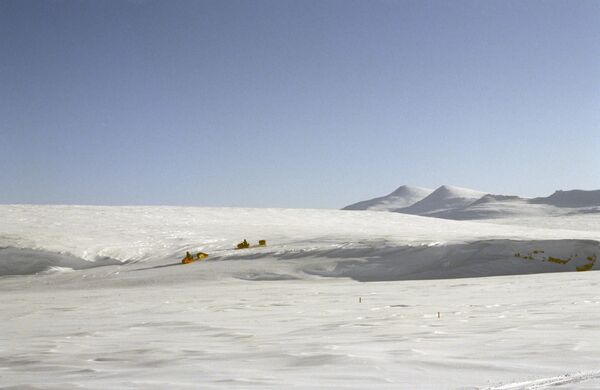 Scientific evidence should resolve the dispute between Russia and Canada over the Lomonosov Ridge under the Arctic Ocean, both countries' foreign ministers said on Thursday.

Scientific evidence should resolve the dispute between Russia and Canada over the Lomonosov Ridge under the Arctic Ocean, both countries' foreign ministers said on Thursday.

The countries claim the ridge as a continuation of their continental shelves. Russia first laid claim to the territory in 2001, but the United Nations demanded more conclusive evidence.

"We will submit our data on the Lomonosov Ridge and we are confident that our case will prevail, backed by scientific evidence," Canadian Foreign Minister Lawrence Cannon said at a news conference after talks with his Russian counterpart, Sergei Lavrov.

Lavrov said Russia is also working to submit additional data to persuade the UN to rule in favor of its claim.

"Everything must be based on scientifically proven facts that the commission will consider to decide who is right," he added.

In late July, the Russian research vessel Akademik Fedorov left Arkhangelsk for a three-month expedition to the Arctic to ascertain the borders of Russia's continental shelf.

"We do not see what benefit NATO can bring to the Arctic," he said during talks with his Cannon. "I do not think NATO would be acting properly if it took upon itself the right to decide who should solve problems in the Arctic."

The Russian Geographical Society will host an International Arctic forum in Moscow on September 22-23. The forum will gather world's leading ecologists, experts and politicians to discuss the social, economic and environmental problems of the region.