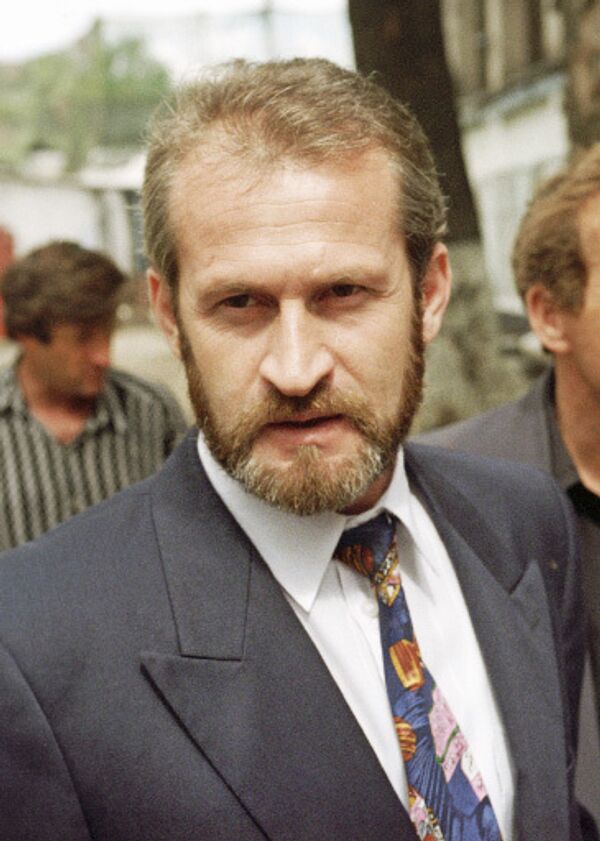 Akhmed Zakayev, the Chechen separatist and prime minister of the self-declared republic of Ichkeria, is not in Poland, an assistant told RIA Novosti on Thursday.

Akhmed Zakayev, the Chechen separatist and prime minister of the self-declared republic of Ichkeria, is not in Poland, an assistant told RIA Novosti on Thursday.

Polish TVN24 TV channel reported earlier on Thursday that Zakayev, wanted by Russia on terrorism charges, had already arrived in Poland for the World Congress of Chechen people.

"I can confirm that currently Akhmed Zakayev is not in Poland," Aslambek Kekharsayev said.

He said Zakayev had visited Poland repeatedly this year, including a month ago as part of preparations for the three-day Chechen congress, which opened in Warsaw on Thursday.

"I hope he will come," Kekharsayev said when asked if Zakayev would attend the gathering.

On Wednesday, Polish police said the Prosecutor General's Office had issued an arrest warrant for Zakayev.

Later in the day a spokeswoman for the Chechen congress said Poland had not issued an arrest warrant since there was no case against Zakayev in Poland. Anna Kyun also said he had been in Poland three weeks ago.

But police would still detain him if he arrived in Warsaw, she added.

In 2003, British authorities granted political asylum to Zakayev and he currently lives in London.

Russia, which issued an arrest warrant for Zakayev in 2001, has accused him of terrorist activities and repeatedly asked Britain to extradite him, but the request has invariably been refused.