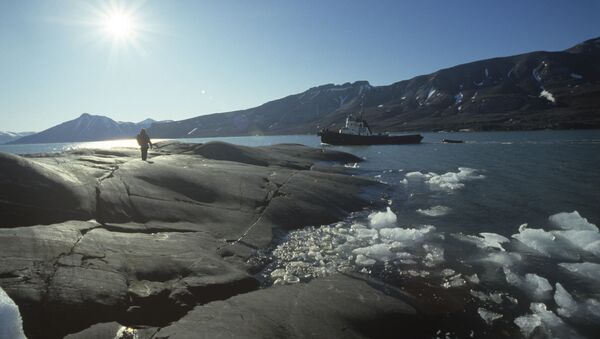 Russia sees no need for a NATO presence in the Arctic, Russian Foreign Minister said on Thursday.

Russia sees no need for a NATO presence in the Arctic, Russian Foreign Minister said on Thursday.

"We do not see what benefit NATO can bring to the Arctic...I do not think NATO would be acting properly if it took upon itself the right to decide who should solve problems in the Arctic," Sergei Lavrov said during talks with his Canadian counterpart, Lawrence Cannon.

On Wednesday President Dmitry Medvedev expressed concern over NATO's activity in the region since, NATO is a military body and the Arctic is a "zone of peaceful and economic cooperation".

Russia and Canada, which occupy three fourths of the Arctic Ocean's coast line, will continue to exercise their sovereign rights over the 200-nautical-mile exclusive economic zone, Lavrov said, adding that both countries would work on the development and extension of the Arctic continental shelf.

On Wednesday, Dmitry Medvedev and Norwegian Prime Minister Jens Stoltenberg signed a deal to delimitate their maritime border after 40 years of negotiations.

The agreement is expected to boost energy cooperation between the two countries, as it paves the way for the lifting of a 30-year-long moratorium on oil and gas extraction in the disputed zone.

The Russian Geographical Society will host an International Arctic forum in Moscow on September 22-23. The forum will gather world's leading ecologists, experts and politicians to discuss the social, economic and environmental problems of the region.