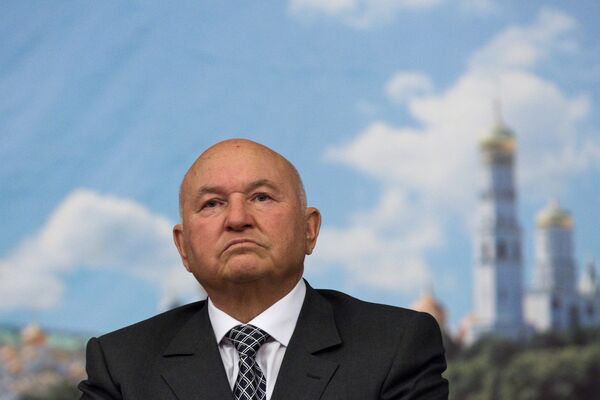 It is up to the president to decide whether Moscow's mayor continues in office, a highly placed Kremlin source said on Wednesday.

It is up to the president to decide whether Moscow's mayor continues in office, a highly placed Kremlin source said on Wednesday.

"In accordance with Russian laws, the issue of the Moscow mayor's term continuing is not decided by Luzhkov," the source said, commenting on Mayor Yury Luzhkov's statement that he will not resign. "It is the prerogative of the Russian president."

According to some media reports quoting sources in the presidential staff and the ruling United Russia party, Luzhkov may be fired two or three weeks after his birthday, September 21, when he turns 74, but no later than December.

However, a number of Luzhkov followers have come out in his support.

The Moscow City Duma on Wednesday issued a statement rejecting all allegations against Luzhkov as an attempt to smear the mayor.

A group of Moscow World War Two veterans on Wednesday sent an open letter to President Dmitry Medvedev urging him "to restore justice" with regard to Luzhkov.

They praised his efforts on the "strategic development of the city and its economic growth," as well as improvement in education and healthcare standards, and "the strengthening of civil society institutions."

Relations between the long-serving Moscow mayor and Medvedev are believed to have soured recently after an article by Luzhkov in the government daily Rossiiskaya Gazeta hinted at criticism of the Putin-Medvedev leadership tandem.

According to some reports the Kremlin was angered by Luzhkov's opposition to Medvedev's decision to halt the construction of a controversial highway to St. Petersburg cutting through a forest north of Moscow.

Luzhkov has been in office since 1992.