Russia plans to restore its weather satellite network by 2030 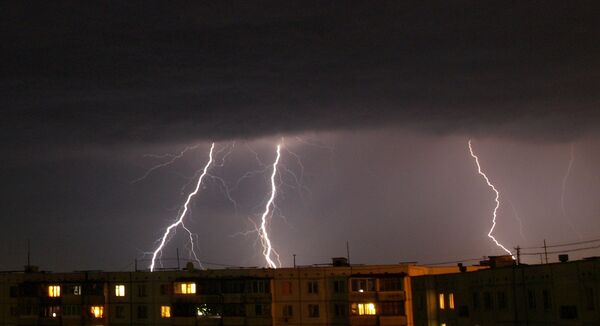 © Photo : Alexander Samuylov
Subscribe
Russia will fully rebuild its network of weather forecasting and monitoring satellites by 2030 under a state program for the development of meteorology.

Russia will fully rebuild its network of weather forecasting and monitoring satellites by 2030 under a state program for the development of meteorology, the government said in a statement on Tuesday.

At present, Russia has only one weather satellite, the Meteor-M type, in orbit and mostly uses meteorological data from U.S. and European weather agencies.

"The work on rebuilding the national space-based weather monitoring network is a priority task because Russia is lagging behind the developed countries in this area, which makes it difficult to ensure a fair exchange of meteorological data [between Russia and foreign countries]," the statement said.

According to Russian experts, at least six Meteor-type satellites will be necessary to provide sufficient data for independent weather forecasting.

In addition, Russia is planning to launch a separate satellite network to monitor climatic changes and survey energy resources in the Arctic region.

The Arktika (Arctic) satellite grouping, which is worth around 70 billion rubles ($2.5 billion), will comprise at least two sun-synchronous orbit satellites and two high-elliptic orbit satellites.

"The future decisions on the development of the national space-based weather monitoring network will be made in line with the prospects and achievements in the technology of monitoring devices, in satellite engineering and in communications," the government said.