Cuba to cut half million 'excess' jobs in 2011 - worker union 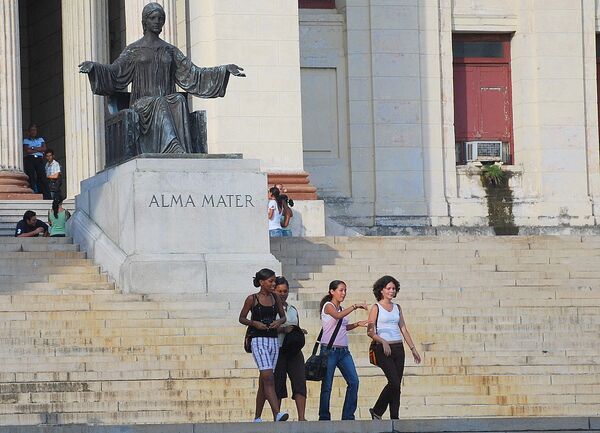 Cuba will slash more than half a million excess jobs in the public sector in 2011, the Central Labor Union of Cuba (CTC) said on Monday.

Cuba will slash more than half a million excess jobs in the public sector in 2011, the Central Labor Union of Cuba (CTC) said on Monday.

In early August, Cuban President Raul Castro announced plans to gradually slash as many as one million jobs (some 20% of Cuba's work force). Some experts view the move as a step towards the transformation of Cuba's communist economic model into a more market-oriented one.

Cuban Economy Minister Marino Murillo has said however that that the country's economy will remain planned and centralized, although he admitted that the government could loosen its tight control over small businesses.

"In line with the process of actualizing the economic model and economic plans for 2011-2015, it is planned to cut more than half a million jobs in the public sector and employ [the redundant workers] in the private sector," the CTC said in a statement.

According to Cuban government statistics, about 75% of the country's labor force is employed by the state.

Over the next few years, several hundred thousand workers will move from the public to the private sector, the CTC has predicted.

The cuts will "begin immediately and will affect all sectors" of the Cuban economy, the statement said.

Besides this, the current "labor discipline and payment system" at public enterprises will be changed, as the state considers it impossible to "endlessly support and subsidize" workers. From now on, the workers will be paid "according to results," the statement said.

The possibility of economic reforms in Cuba has been broadly discussed among domestic and foreign experts ever since Raul Castro replaced his older brother Fidel Castro as president in 2008.