A Muslim's struggle to celebrate Ramadan in Moscow 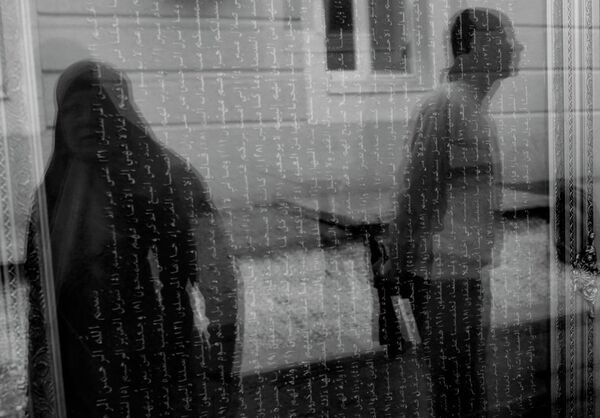 While Moscow's Muslims celebrated the end of Ramadan, for Feruza Ashurova and many others there was still no respite from the daily struggle to survive.

A drumbeat echoed through downtown Moscow on Thursday morning, bringing the holy month of Ramadan to an end.

Thousands of Muslims filled Moscow’s Cathedral Mosque, one of four mosques in the Russian capital, for morning prayer.

But while many of Moscow's Muslims feast to celebrate the end of Ramadan, for Feruza Ashurova and many others there was no respite from the struggle to survive.

“I was not allowed to go to the central mosque,” says Ashurova, 41, a devout Uzbek Muslim from Kyrgyzstan.

Wearing a pink floral headscarf and matching dress, she's cooking at a small cafe in one of Moscow’s markets where she's been lucky enough to find work.

“If I had gone, I wouldn’t have been paid," Ashurova says. "I can’t afford not to feed my family. So I prayed in the café’s mosque this morning, and started my shift.”

Ask anyone who works at the market, and they’ll say they know about the café mosque, an informal tiny room with a small chart pasted on the door, informing Muslims of when to pray. Experts say “house” mosques are not uncommon, and several hundred can be found in the city.

“The Moscow authorities have only allowed the construction of four mosques, so most people go to informal ones,” says Paul Goble, an expert on Islam in Russia and a research associate at the University of Tartu in Estonia. “The problem of course is that many of those informal mosques are both more specifically ethnic and also often more radical.”

At present there is only one mosque for every 500,000 Muslims in the Russian capital, which harbors roughly 2 to 2.5 million Muslims – the most of any European city. “Muslims have long pressed for the opening of more mosques in Moscow, but will turn to underground ones,” Goble writes in his blog.

For Ashurova and her two children, who fled Kyrgyzstan, the underground mosque is both a center of worship and a home. Ashurova and her children, along with as many as 10 other Muslims, sleep in the mosque, a place she says she feels safe in.

“Everywhere I go I am looked at strangely,” says Ashurova, who wears long flowing dresses in addition to her Muslim headscarf. She says she was persecuted in Kyrgyzstan because of her religion.

“People are scared of me. The way I dress, what I believe in. They fear me before they even talk to me.”

Russia has a diverse Muslim population, including indigenous ethnic groups in the Volga and North Caucasus regions and a huge number of immigrants from Central Asia who have increasingly sought refuge in Russia since the fall of the Soviet Union.

Ashurova says she’s been trying to obtain refugee status for three years in Russia. Last year, her application was rejected. She believes the government turned it down because of her religion.

Svetlana Gannushkina, a human rights activist in Moscow who has worked with Ashurova and thousands of others trying to obtain refugee status, says it has nothing to do with religion.

“You cannot just say that,” remarked Gannushkina to Ashurova’s claim. “Sometimes refugee status is given to men and not women, and often Russians from Soviet republics are denied. There are more than half a million people trying to obtain refugee status. It can’t just be given to anyone.”

The United Nations and independent human rights organizations have been vocal in denouncing aspects of Russia’s Law on Refugees. According to the UN, until recognized as refugees by the state, asylum seekers in Russia have no right to “legal employment, healthcare, housing assistance and social benefits” - and even have no right to register marriages and births.

A UN report released in 2003 stated that the current law in Russia makes it “nearly impossible for refugees to find a job outside of the local food markets.”

That has been Ashurova’s reality for the last three years. This week she spent working as a cook, earning about 1,000 rubles, just enough she says to buy her son shoes. Gannushkina says she is among the lucky few who have managed to find some type of work.

“We are trying to do everything to help asylum seekers, but the reality is it is not simple,” says Gannushkina who often sees a hundred or more people a day. “That’s why we have to find other ways of helping, often financially, until they obtain refugee status.”

Across Russia, Islam is on the rise. Experts say the country is undergoing a change and that if current trends continue, more than half of Russia’s population will eventually be Muslim.

“At some point in this century – the Russian Federation will have a Muslim majority if it remains in its current borders,” said Goble. “What kind of ‘Muslims’ these will be depends on many things, including how Muslims feel they are being treated now."