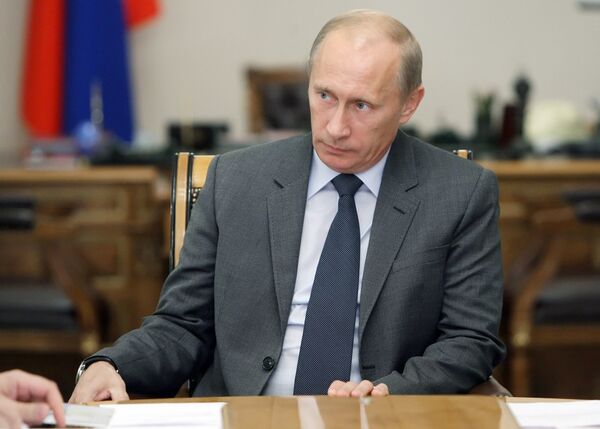 "In the Far East, Korean companies are working together on the Sakhalin-2 project, getting all the necessary products from it and are willing to step up the purchase volumes, including of liquefied natural gas," Putin said during a meeting with South Korean President Lee Myung-bak in Moscow.

Moscow and Seoul plan to "expand cooperation in the oil and gas sector," Putin said.

Lee said pledged Seoul's support for President Dmitry Medvedev's plans to modernize Russia's economy. The two presidents are due to meet Friday on the sidelines of the Global Policy Forum in Yaroslavl.

Lee and Medvedev last met in Moscow in 2008, when the two presidents agreed to step up bilateral cooperation, including in international effort to resolve tensions on the Korean Peninsula.

"President Medvedev invited President Lee to the conference," the Korea Herald newspaper quoted a senior Korean official as saying. "Although the leaders have met each other on several occasions, this particular event is expected to strengthen their personal relationship and mutual trust."

Russia has been very careful not to take a definitive position in the dispute between Seoul and Pyongyang over the sinking of the South Korean Cheonan corvette in March. Russian experts, who assessed an international probe that put the blame on North Korea, reported that "the possible cause of the sinking was an external influence on the vessel's hull."

Sakhalin-2 is a large-scale liquefied natural gas pipeline project in the Russian Far East. It is run by Sakhalin Energy, a joint venture majority-owned by Russian energy giant Gazprom that involves Royal Dutch Shell and Mitsui and Mitsubishi of Japan.