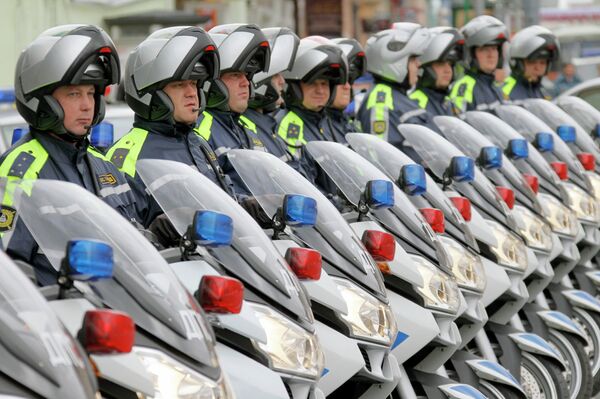 © RIA Novosti . Vitaly Belousov
/
Go to the photo bank
Subscribe
About 217 billion rubles ($7 billion) will be allocated from the Russian budget for police reforms in 2012-2013.

About 217 billion rubles ($7 billion) will be allocated from the Russian budget for police reforms in 2012-2013., Russian finance minister Alexei Kudrin said.

Shortly before Medvedev endorsed the law in late 2009, Kudrin estimated the reforms would cost around 200 billion rubles ($6.5 billion at the current exchange rate).

During this period, public security departments are to be switched to federal funding, while police officers' salaries are to be increased by 30 percent.

The new police reform would also prohibit people from entering the police force if they are alcoholics, drug addicts, or have criminal records.

The draft law is being publicly discussed on a government website at www.zakonoproekt2010.ru.