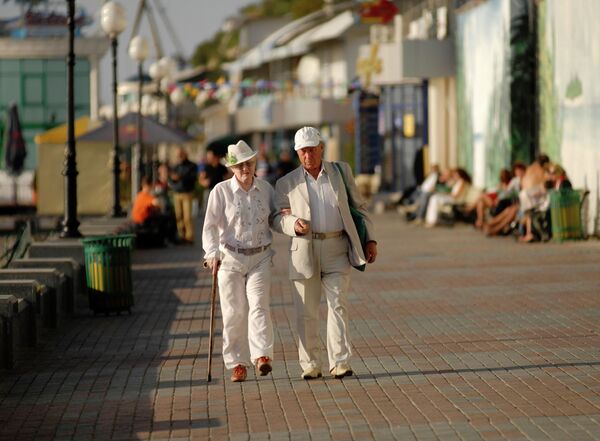 Strikes raged across France from Paris to Marseilles as workers protested government plans to raise the retirement age.

Strikes raged across France from Paris to Marseilles as workers protested government plans to raise the retirement age. The unions said up to 3 million people joined the rallies. However, it's not that all of them were concerned about retiring at 62 rather than 60 as President Nicolas Sarkozy and his government insists. Many simply protested against Le Sarko; nevertheless, the turnout was impressive.

What's important is that the protest's popularity has implications for other European countries. Governments from Dublin to Rome and from Vilnius to Lisbon are thinking (or are about to start thinking) of ways to cut pension costs. They will face pensioner riots in their turn. In fact current demographic trends point to further protests, as birth rates continue to fall and the population continues to age in Europe. Taxes paid to pension funds continue to rise, but so do pension funds' budget deficits.

In Russia, this issue does not seem as pressing as in France or Britain. Moreover, Prime Minister Vladimir Putin said on August 31 during his trip to Norilsk that the government was not considering a retirement age bump. However, on September 7, Russia's Pension Fund head Anton Drozdov told the 19th Baltic social insurance conference that the problem cannot be avoided and this decision "will have to be made."

Deputy Prime Minister and Finance Minister Alexei Kudrin made a similar statement at the conference, adding that this decision will have to be made within the next five years, and the gradual reform should take another 5-10 years. As a result, the retirement age will have to be raised by five years.

Although this might upset Mr Putin, there is an unbreakable law in business: with money issues, financial officers are trusted more than the chief executive officers. Admittedly, the prime minister is also right, because the government is not considering the issue now. But this does not mean it will not do so five years from now. Some say the issue could become quite pressing as soon as 2012, although that is unlikely during an election year.

In Europe, they are not saying they will raise the retirement age now or a month from now either. It will be increased gradually in France, and will not reach 62 until 2018. Britain is planning to cancel the law that requires compulsory retirement at 65 for men and 60 for women. Eventually they plan to raise it to 68 for men (and respectively for women). The Netherlands, Germany and Italy have similar plans.

In Italy, forecasts predict a drastic shift in the balance between working people aged 20-64 and pensioners. In 2040, it will reach 96 pensioners per 100 workers, a critical level.

Pension systems are in for dramatic changes worldwide. These changes have to be taken with a bitter pill, because the disease has spread through the retirement systems of Europe and Japan and is threatening with an "ischemic" attack. This disease has long called for preventive treatment, even without the recent economic recession and budget problems. Now it requires urgent intensive therapy. With pension systems, there are two things that can help - increasing the retirement age and even this notwithstanding, increasing government spending on pensions, with all ensuing consequences. The process is already underway.

Increasing the retirement age is not as terrible as it seems, if it is accompanied by certain laws, as in Britain. The plan is to pass a law that would prevent employers from firing any employee once that employee reaches retirement age. If the employee wants to continue working, he or she should be given the chance.

In fact, the higher retirement age combined with this law mean that older people can keep their jobs. For Russia, where people are discouraged from applying for jobs after 35-45, that would be a revelation, if this idea is embraced by Russian lawmakers.

According to the Organization for Economic Co-operation and Development (OECD) statistics, the balance between workers and pensioners in Russia will not reach the critical 96:100 mark until 2050. However, Russia's pension system is dramatically different from elsewhere - like many things in Russia that are foreign to foreigners.

The figures cited by the Western European media and EU pension statistics are scary. For example, the average American can count on a federal pension of 70% of his average annual income. Most European countries are far behind the United States in this respect, although they offer their citizens a better social package in terms of healthcare, education and welfare benefits. Italy is the most generous of the 27 EU members, where pensions reach 89% of average income. It is followed by France with 60% and Germany 53% (to be cut to 46%), while the Czech Republic is lowest with 35.3%. The EU average is 58.2%. In terms of actual money, this means that in Germany a worker with an average-income will receive Euro 1,000-1,500 a month after retirement; the 6,000 rubles (Euro 150) a Russian will get cannot come close to that.

Yet, the retirement age of 55 for women and 60 for men is very liberal compared to international standards. It is likely to be raised to 60 and 65, respectively, which is hot high either. But, one should not forget that the average life expectancy in Russia is 59 for men (80 in the EU and Japan), with no upward trend in sight, unlike in Europe. Therefore, if the retirement age is raised to 65, the government might not have to support male pensioners at all. Very convenient for the budget.