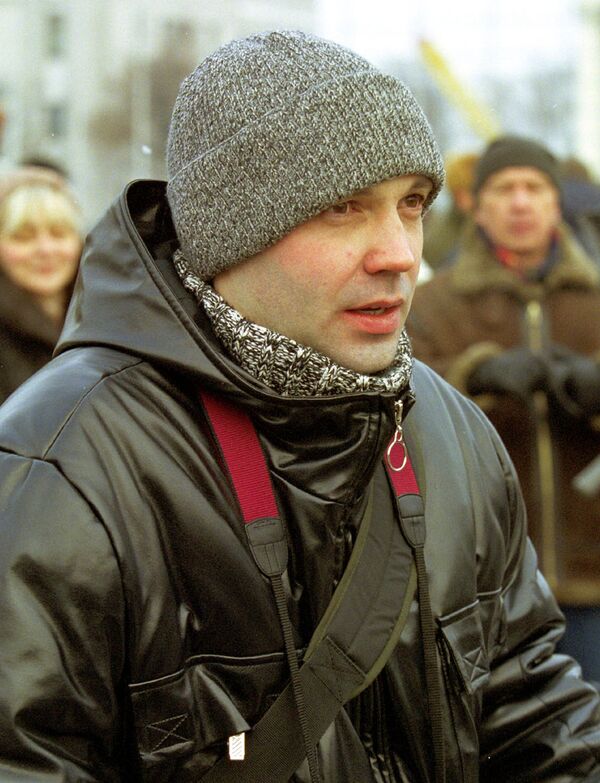 © RIA Novosti . Andrei Aleksandrov
/
Go to the photo bank
Subscribe
The Organization for Security and Cooperation in Europe (OSCE) called on Monday for an independent inquiry into the death of Belarusian opposition journalist and human rights activist Oleg Bebenin.

The Organization for Security and Cooperation in Europe (OSCE) called on Monday for an independent inquiry into the death of Belarusian opposition journalist and human rights activist Oleg Bebenin.

Bebenin, 36, was one of the leading figures of the human rights organization Charter97 and ran its website. His body was found in his summer house on the outskirts of Minsk on Friday. Police have said he hung himself. However, his family and colleagues have suggested foul play.

"I welcome the General Prosecutor's Office's investigation into other possible versions of the journalist's death, despite the preliminary conclusion that the journalist committed suicide," Dunja Mijatovic, the OSCE Representative on Freedom of the Media, said.

"I call on the Belarusian authorities to conduct an independent investigation into this tragic death. This is particularly important to avoid exacerbating the chilling effect on Belarusian media that questions over his death would have," Mijatovic said.

The president of the European Parliament, Jerzy Buzek, has also called on the Belarusian authorities to carry out a full and transparent investigation into the death of Bebenin.

The journalist was abducted in 1997 by people in masks and threatened over his articles. In 1999, he was almost beaten to death by unknown assailants.

"The death of Bebenin is a great loss to Belarusian journalism. His embattled website remains one of the few non-governmental sources of information, and its staff was subject to continued administrative pressure," Mijatovic said.