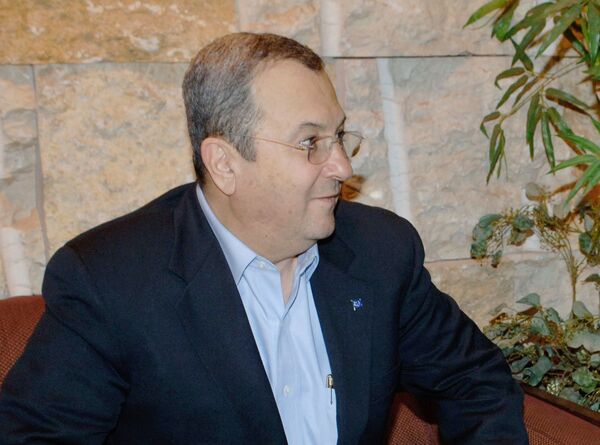 © RIA Novosti . Edward Pesov
Subscribe
The Russian and Israeli defense ministers, Anatoly Serdyukov and Ehud Barak, are planning to sign an agreement on military cooperation during talks in Moscow.

The Russian and Israeli defense ministers, Anatoly Serdyukov and Ehud Barak, are planning to sign on Monday an agreement on military cooperation between the countries during talks in Moscow, the Russian defense minister's spokeswoman has said.

Barak will arrive in the Russian capital on a two-day visit later on Monday.

"This agreement will regulate cooperation between the two countries in the military sphere in the next five years," Irina Kovalchuk said.

The agreement stipulates that Russia and Israel will exchange experiences and information "in the spheres of mutual interest, including international security," she said.

During the talks in Moscow, Serdyukov and Barak are going to discuss security issues in the Middle East and cooperation between Russia and Israel in fighting terrorism, she added.

The talks will take place less then two weeks after the Israeli Haaretz daily reported that Prime Minister Benjamin Netanyahu had asked his Russian counterpart, Vladimir Putin, to stop the sale of advanced P-800 Yakhont supersonic cruise missiles to Syria.

Military-technical cooperation between Syria and Russia has always been an issue of criticism from Israeli authorities, who express a strong concern over the increase of Syrian defensive potential, but also see a threat of transferring weapons to Lebanese or Palestinian radicals.

Following the report, Kremlin aide Sergei Prikhodko said Russia stands by its international obligations and has no plans to stop the arms deal with Syria. Russia's military cooperation policy is shaped by the president and is not directed against third countries, he said.