Dzagoev hits out at media criticism of Russian football team 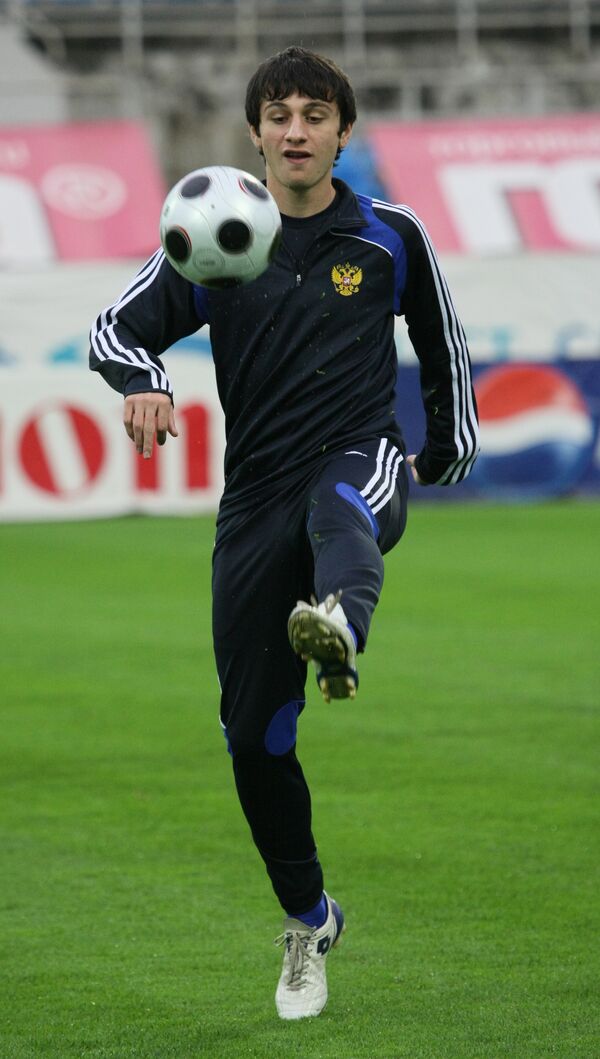 © RIA Novosti . Vladimir Fedorenko
/
Go to the photo bank
Subscribe
CSKA Moscow star Alan Dzagoev has urged the Russian media not to criticize Russia's players ahead of their Euro 2012 qualifying match with Slovakia.

CSKA Moscow star Alan Dzagoev on Sunday urged the Russian media not to criticize Russia's players ahead of their Euro 2012 qualifying match with Slovakia.

Russia won their first competitive game under new Dutch coach Dick Advocaat, but Friday night's 2-0 win in Andorra did little to lift fans after the disappointment of the team's failure to qualify for the World Cup.

After the game, the Russian players did not speak to the press.

"Journalists ought to criticize us less, especially if the team gets results," Dzagoev said, recalling the criticism that followed last year's 1-0 win in Liechtenstein.

"If we play badly, there's no need to desert us. But now if there is no positive result, you can rightly pressure us," he said.

Midfielder Igor Semshov denied accusations that the players were boycotting the media.

"There is no boycott, and the players don't have any resentment toward the press. The players are ready to talk to journalists," he said. "Everyone who wants to talk, talks."

Both players said they were expecting a difficult game against Slovakia in Moscow on Tuesday. The Slovaks beat Italy in their World Cup group in South Africa before losing to the Netherlands in the knockout stages, but they scraped past Macedonia in Bratislava on Friday night, the only goal coming in the 91st minute after the visitors had had a player sent off.

"We are 100-percent ready for the match against Slovakia. Every player will give everything, do not worry," Dzagoev said. "We are playing for the honor of our country."

Alongside Slovakia, Ireland are Russia's main rivals to advance from the group. All three teams have maximum points from the first round of games, with the Irish winning 1-0 against Armenia in Yerevan.

"The group is not easy, we understand this perfectly well. So we will not be underestimating anyone," Semshov said.