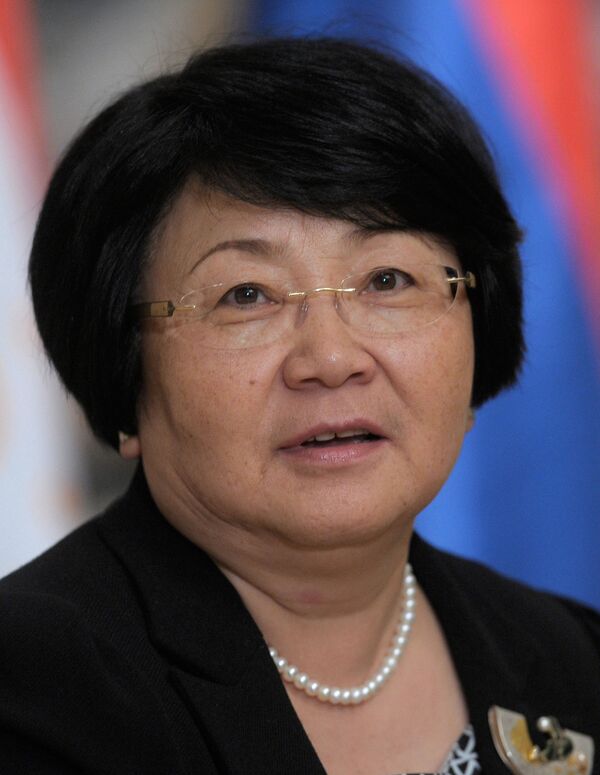 Kyrgyz President Roza Otunbayeva will sign a decree, pardoning persons who had committed economic crimes over the last five years, a spokesman for the Kyrgyz government said.

The document will relieve from criminal liability persons, who had committed commercial or official crimes between March 24, 2005 and April 7, 2010, Kyrgyz Justice Minister Aida Salyanova said.

Senior and middle-range officials who had committed crimes in time of the rule of Kyrgyz ex-President Kurmanbek Bakiyev may be included in the amnesty, in case they restitute the stolen money. The sum of the financial loss will be defined by a special commission.

"A civilized method to return illegally obtained financial assets will be offered," Otunbayeva commented on the move.

The officials accused of commercial crimes will have the possibility to hire a lawyer to vindicate their honor.

Investigations into the crimes, committed by Bakiyev-era senior officials are already completed, Kyrgyz Prosecutor General Baitemir Ibraev said. All the accused will have the right to apply for amnesty, he added.

The unprecedented move is aimed at supporting the country's economy, which is currently devastated, experts said.

Bakiyev and his relatives have also been accused of instigating the recent clashes between ethnic Kyrgyz and minority Uzbeks in the south of Kyrgyzstan, Bakiyev's former stronghold. The riots claimed the lives of some 300 people, according to official figures. Kyrgyz officials say the real death toll may exceed 2,000.