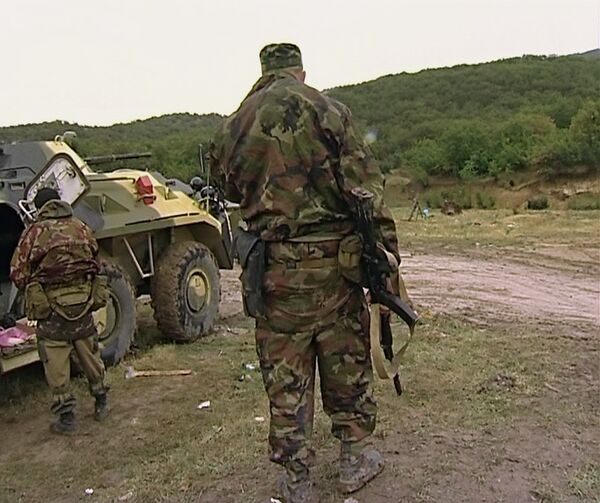 A Zhiguli car packed with explosives and driven by a suicide bomber detonated near the town of Buinaksk after ramming the gates of the military unit, making part of the 136th motorized rifle brigade, early on Sunday. The unit's guard blocked the car, preventing a larger death toll.

Reports of the number of injured by different sources varied from 33 to 39. Many of those injured were in serious condition.

A law enforcement source said the power of the explosive device was equivalent to up to 100 kg of TNT.

A second explosion rocked the town as investigators were heading to the site. The second bomb exploded on the way of a police car after the car passed the place where the bomb was planted, so no one was killed or injured.

Servicemen in Buinaksk have repeatedly come under terrorist attacks. In July this year, servicemen of the 136th motorized rifle brigade came under fire. Three people were killed.

In 2007, an explosive device planted on the roadside detonated when the brigade's servicemen were returning from military exercises. Two were killed and two injured.