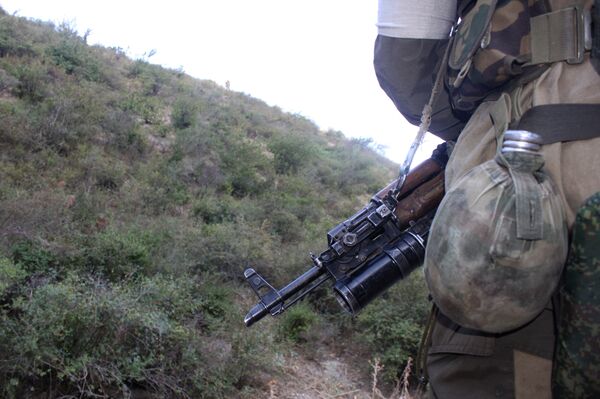 The death toll in Sunday's attack on a military unit in the southern Russian republic of Dagestan has risen to five, a law enforcement source reported, adding that 39 people were injured.

The death toll in Sunday's attack on a military unit in the southern Russian republic of Dagestan has risen to five, a law enforcement source reported, adding that 39 people were injured.

A Zhiguli car packed with explosives and driven by a suicide bomber detonated near the town of Buinaksk after ramming the gates of the military unit early on Sunday.

Another source said 34 were injured. Many of those injured were in serious condition.

Earlier the Defense Ministry said three were killed and 26 injured.

A second explosion rocked the town as investigators were heading to the site. The second bomb exploded on the way of a police car after the car passed by the place where the bomb was planted, so no one was killed or injured.