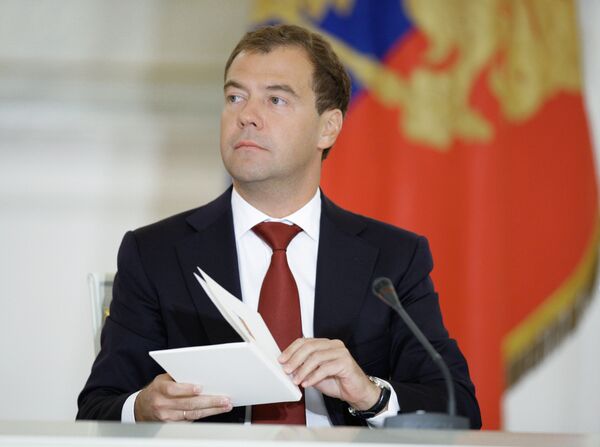 During the visit, Medvedev will hold talks with his Kazakh counterpart, Nursultan Nazarbayev, to discuss their customs union with Belarus, other trade and economic issues, and nuclear cooperation as well as attend an interregional cooperation forum.

The Customs Union between Russian, Belarus and Kazakhstan became fully operational in early July, when the three countries ratified the Customs Code. The countries plan to scrap their customs borders on July 1, 2011.

Prikhodko said the talks between the two leaders will also touch upon space industry, military cooperation as well as interaction in regional organizations such as the Collective Security Treaty Organization and the Shanghai Cooperation Organization.

The presidential aide said Russia hopes to sign an agreement with Kazakhstan on the construction of a nuclear power plant in the Central Asian country by the yearend.

"As regards the nuclear power industry, we count on interaction with Kazakhstan in jointly designing a nuclear power plant with the VBER-300 medium-power reactor unit. We want to sign the relevant agreement by the yearend," he said.

"The current working visit by Medvedev to Kazakhstan will be the eighth meeting of the two countries' presidents this year, which testifies to the great significance Russia and Kazakhstan pay to further deepening and developing mutually advantageous cooperation," Prikhodko said.