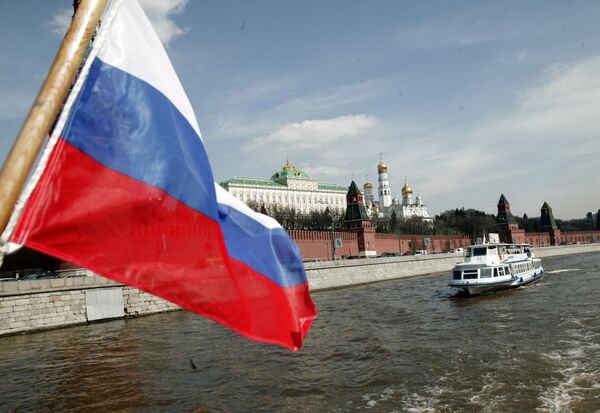 Polish history is closely intertwined with the history of Russia.

Polish history is closely intertwined with the history of Russia. Peaceful periods between the two countries were interspersed by frequent armed conflicts. Russian-Polish wars were especially numerous in the 16th and 17th centuries. In particular, Muscovy fought the Livonian War of 1558‑1583 against the Livonian Knights, the Polish-Lithuanian alliance, Sweden and Denmark for a hold on the Baltic Sea and domination of the lands surrounding it. Tsar Ivan IV the Terrible also intended to conquer East Slav lands in the Grand Duchy of Lithuania. The Union of Lublin, concluded during the war (1569), had an impact on Russian-Polish relations as it established the closely unified Rzeczpospolita (the Polish-Lithuanian Commonwealth), which replaced centuries-old Russian-Lithuanian rivalry by Russian-Polish confrontation. King Stephen Báthory defeated the Russian army on many occasions. His onslaught reached as far as Pskov in the Russian northwest, where it was stopped. The war finished with the Truce of Jam Zapolski (1582), according to which Russia ceded its territorial acquisitions in Lithuania and lost access to the Baltic Sea.

The Time of Troubles saw three Polish invasions of Russia. The first military intervention was under the pretext of aid to False Demetrius I, recognized as legitimate Tsar by Poland. The Muscovite government known as the Council of Seven Boyars elected teenage Prince Władysław, future King Vladislaus IV of Poland, to the Russian throne in 1610 and let a Polish military force into the city. The occupation army stayed in Moscow until 1612, when it was ousted by people’s militia led by commoner Kozma Minin and prominent general Prince Dmitry Pozharsky. Prince Władysław sought to gain the Russian crown in an armed expedition of 1617. An abortive siege of Moscow forced him to enter negotiations, which resulted in the Truce of Deulino a year later. It brought the Polish-Lithuanian Commonwealth its greatest territorial expansion with the gain of the Smolensk, Chernigov and Seversk lands.

Hostilities resumed with the expiry of the truce in June 1632 as Russia made a futile attempt to regain Smolensk. Poland failed to develop its success, and the Smolensk War of 1632-1634 finished with no territorial changes. It brought Russia a spectacular diplomatic victory: King Vladislaus IV officially relinquished his claim to the Muscovite crown.

Another Russian-Polish war, of 1654‑1667, began after the territory ruled by Hetman Bohdan Khmelnitsky joined Russia with the Treaty of Pereyaslav. The Treaty of Andrusovo brought Russia the Smolensk and Chernigov provinces and Ukrainian lands along the left Dnieper bank, while the Zaporozhian Host came under joint Russian-Polish protectorate. Kiev became a temporary Russian possession and finally passed to Russia according to the Eternal Peace Treaty of May 16, 1686.

Ukrainian and Belarusian territories remained an apple of Russian-Polish contention up to the middle of the 20th century.

Their hostilities stopped due to shared threats from the Ottoman Empire and the Crimean Khanate, its vassal.
Poland was Russia’s ally in the Great Northern War against Sweden in 1700‑1721.

Ruled by the nobility and rent with domestic antagonisms, the Commonwealth fell into decline and disintegration from the second half of the 17th until the 18th century. Prussia and Russia interfered in the affairs of the weakened state. Russia was active in the War of Polish Succession in 1733‑1735. The partitions of the Commonwealth between Russia, Prussia and Austria in 1772‑1795 were not accompanied by major hostilities because the declining Poland was no longer capable of putting up any serious resistance against the neighboring powers.

As a result of the three partitions of Poland, and another, at the Congress of Vienna in 1814‑1815, tsarist Russia received a greater part of the Duchy of Warsaw, replaced with the Kingdom of Poland. The Polish national liberation uprising of 1794, led by Tadeusz Kosciuszko, was cruelly suppressed, as were the subsequent insurrections of 1830-1831, 1846, 1848 and 1863-1864.

In 1918, the Soviet government annulled all treaties on the partition of Poland concluded by the tsarist government.

Poland regained independence after Germany was defeated in World War I. The government cherished plans of reinstating Poland in the 1772 borders of the Commonwealth, while the Soviet government intended to control the entire territory of the former Russian Empire and make Soviet Russia the bridgehead of the world revolution, as it officially announced.

The Soviet-Polish war of 1920 began with Red Army success. Tukhachevsky’s troops reached the environs of Warsaw. Shortly afterward, however, the Red Army suffered a total defeat. According to different estimations, between 80,000 and 165,000 Soviet troops were taken prisoner. Polish historians consider the death of 16,000 POWs proved by documents, while Soviet and post-Soviet Russian experts estimate the number of victims at 80,000. The treaty of Riga gave Poland control over West Ukraine and West Belarus (1921).

On August 23, 1939, the USSR and Germany concluded the Treaty of Non-Aggression, better known as the Molotov-Ribbentrop Pact. Its Secret Additional Protocol defined the Soviet and German spheres of influence in Eastern Europe. Its explanation, signed on August 28, delimited the spheres of influence “in the event of a territorial and political rearrangement of the areas belonging to the Polish state.” The Soviet zone of influence comprised the Polish territory east of the Pissa, Narew, Bug, Vistula and San rivers, which approximately corresponded to the Curzon Line, i.e. the demarcation line along which it was proposed to establish the eastern Polish border following World War I.

Nazi Germany unleashed World War II by attacking Poland on September 1, 1939. It routed the Polish Army within a few weeks and occupied a greater part of the country. The Red Army crossed the eastern Polish border on September 17, 1939, in conformity with the Molotov-Ribbentrop Pact.

Soviet troops took prisoner 240,000 Polish troops. More than 14,000 Polish officers were interned in the Soviet territory in autumn 1939. In 1943, two years after Germany occupied western Soviet areas, the first reports appeared of Polish officers massacred by the NKVD in the Katyn Forest 14 kilometers west of Smolensk.

The Soviet and Polish armies liberated Poland completely in May 1945. Over 600,000 Soviet officers and men laid down their lives in fighting for Poland.

With the decisions of the Berlin (Potsdam) Conference of 1945, Poland regained its western territories, and the border was established along the Oder and Neisse (or Odra and Nysa) rivers. The construction of socialism led by the Polish United Workers’ Party was proclaimed after the war. The Soviet Union provided major assistance in national economic rehabilitation and development. The USSR stationed its North Group of Forces in Poland in 1945-1993. Poland was a member of the Warsaw Treaty Organization in 1955-1991.

The relations have their legal framework in acts concluded between the former Soviet Union and the People’s Republic of Poland, and more than 40 interstate and intergovernmental agreements signed within the last 18 years.

Russian-Polish political contacts were active in 2000-2005, when Russian President Vladimir Putin and Polish President Aleksander Kwasniewski met ten times. There were regular contacts between the prime ministers and foreign ministers, as well as members of parliament of the two countries. There was a bilateral committee for the strategies of Russian-Polish cooperation, and the Russia-Poland Public Dialogue held regular forums.

The intensity and level of political contacts fell drastically after 2005 due to the confrontation policy adopted by the Polish leadership as it encouraged a social and political atmosphere that was unfriendly toward Russia.

A new Polish government led by Donald Tusk was formed in November 2007. It has declared interest in normalizing Polish-Russian contacts and readiness for an open dialogue to find solutions to bilateral problems stored over the years.

President Elect Bronislaw Komorowski was sworn in on August 6, 2010. In his first speech after taking the oath of office he said that he would support the emergent process of rapprochement with Russia: “I will promote the beginning process of rapprochement and Polish-Russian reconciliation. This is an important challenge facing both Poland and Russia.”