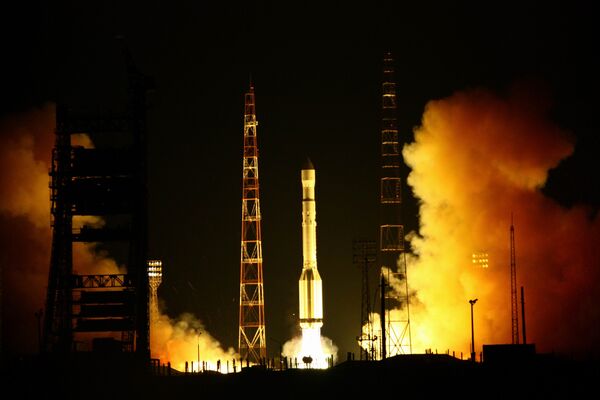 The Proton-M rocket blasted off from the Baikonur space center in Kazakhstan at 4:53 Moscow time (0:53 GMT).

"The launch and flight of the carrier rocket, as well as the separation of the satellites, took place on schedule," Alexei Zolotukhin said.

He also said the satellites' onboard systems were working well.

Glonass - the Global Navigation Satellite System - is the Russian equivalent of the U.S. Global Positioning System, or GPS, and is designed for both military and civilian use. Both systems enable users to determine their positions to within a few meters.

Only two out of the three satellites that were put into orbit on Thursday will be put into operation. The third will be kept in reserve. By mid-October, a total of 23 satellites will be operational.