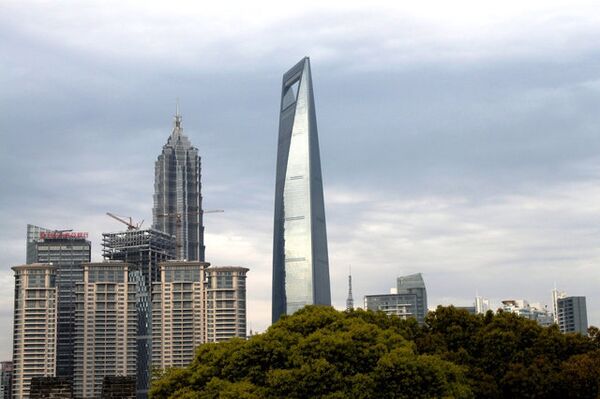 Creating an international financial center in Moscow features high on the Russian government's list of priorities, along with a large-scale program to modernize the Russian economy.

Creating an international financial center in Moscow features high on the Russian government's list of priorities, along with a large-scale program to modernize the Russian economy.

Experts say the two objectives are closely linked: a modern, innovative economy can prompt an investment boom and become a magnet for global capital.

At the moment, the primary task in Russia's International Financial Center (IFC) program is to provide the center with adequate infrastructure. The financial center is not an abstract concept; it will be operating in a real urban environment, where problems such as traffic congestion are routine. Another challenge is to build office facilities spacious enough to accommodate international banking organizations, which are notoriously sprawling.

Inspired by New York City's World Trade Center and the Pudong high-rise complex in Shanghai, Moscow launched its IFC project several years ago. But it still has a long way to go, especially when it comes to developing a transportation network. Municipal authorities have pledged 38 billion roubles for this purpose in 2011 and a total 140 billion over the next three years.

Legislation that meets international standards is another precondition needed to translate the IFC program into reality. The center will need new regulatory acts on stock markets and clearing operations, among others. Russian authorities have promised to prepare the necessary laws within the next three years.

While trying to address all these infrastructure and technical problems, it is important not to lose sight of the IFC's goals and objectives. What kind of investment is it intended to attract?

Some experts argue that all it takes is adequate laws and facilities and that localion does not matter. But if we take a closer look at the history and geography of international financial centers, we will see that they tend to emerge in areas with advanced industrialized economies. They usually start operating as self-sufficient entities only after spending some time servicing the local industrial sector. That evolution could take centuries in Europe and decades in Southeast Asia. But whatever the time span, bustling industry and commerce are indispensable for the initial stage.

The ambition of the IFC masterminds is to make Moscow's center as competitive as those in Shanghai and Dubai. But Shanghai's would be unimaginable without the rapidly developing Chinese industry, whose dynamism attracts direct and, subsequently, speculative investments. In Russia, there is no industrial boom right now; putting its economy on a high-tech footing is just a concept at this point. So, for the time being, the creation of a Russian center along the lines of the Shanghai model seems an unrealistic goal.

Dubai is another matter. This tiny emirate is now a major financial center of the Middle East, and ranks third, after Hong Kong and Singapore, in global re-exporting of commodities. Dubai and its Southeast Asian counterparts attract speculative capital from all around the world. They function in a fashion similar to that of gambling and off-shore zones, where legislation, infrastructure and even lifestyle are tailor-made to cater to the needs of a specific business.

A tiny state like Dubai can live by economic standards that are outside the mainstream. But Russia is too vast to do so. Arranging Moscow's IFC as a home for speculative capital would turn the Russian capital into a state within a state. That's precisely the case in China's Hong Kong. But Hong Kong is not the capital of China; it's an island province, and it lived separately from China for an entire century.

A third option is to create a commodity-based financial center. Russia is a leading producer of hydrocarbons, and the leading world economies rely on it for oil and natural gas. Russia could raise its profile on the global economic arena and become more attractive to foreign capital if payments for Russian supplies were denominated in the national currency instead of the U.S. dollar, as is the case now. This, too, seems unrealistic as long as the Russian economy suffers from high inflation. What's more, the rouble is not yet a freely convertible currency, and its exchange rate is set by the Central Bank rather than the market. Incidentally, the Chinese yuan cannot serve as a global or regional reserve currency for the same reasons.