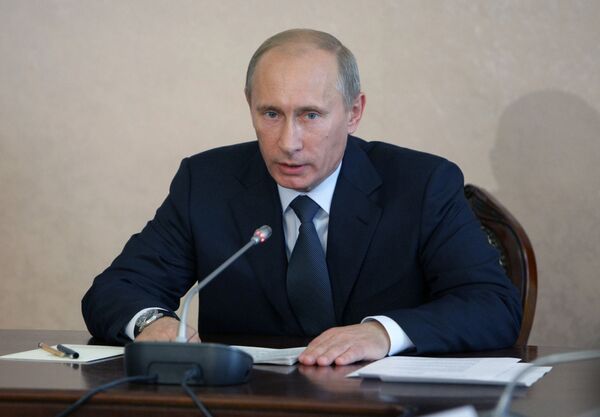 Russian Prime Minister Vladimir Putin has accused western countries of using unfair political methods including deceit and breaking promises to obstruct the process of "resetting" relations between Russia and the West.

Russian Prime Minister Vladimir Putin has accused western countries of using unfair political methods including deceit and breaking promises to obstruct the process of "resetting" relations between Russia and the West.

In an interview in Kommersant daily, Putin said his speech at the 2007 Munich Security Conference, which several western politicians considered a declaration of reviving the Cold War, was still relevant, as many western countries are unfair in their dealings with Russia.

"At time of the withdrawal from East Europe, the NATO secretary general promised the USSR it could be confident that NATO would not expand over its current boundaries," Putin said.

"And where is it? I asked them [NATO officials] about this. They have nothing to say. They deceived us in the rudest way."

Russia-U.S. relations face a lot of problems, Putin said. "We had just come to terms that there would be no missiles [NATO missile defense systems] in Poland...but it was suddenly announced that the same [missile defense system deployment] was planned for other European countries."

"I think it [the Munich speech] was useful. Because I said the truth... They [Western countries] told us one thing, but did another. They spoofed us in the full sense of this world," the premier said

Putin cited the case of Konstantin Yaroshenko, a Russian pilot arrested in Liberia on charges of drug trafficking and extradited to the United States in May 2010.

"His [Yaroshenko's] lawyer set out the issue precisely: A Russian resident in an African country was accused of drug trafficking. How do U. S. state interests come into the picture? No one can say exactly! They took a foreign resident and moved him out in secret. What is this?"

"In this sense, all that I spoke about in Munich is relevant today," Putin said.

U.S. President Barrack Obama seems to be sincere in his intentions to improve relations, Putin said. "I would like to see whether he will manage or not. But he wants to. I have an instinct that this is his sincere position," Putin said.

Russia-U.S. relations improved after Obama came into office in 2009 and then visited Russia. In April 2010, Obama and Russian President Dmitry Medvedev signed a pact to replace the START 1 strategic arms reduction treaty which expired on December 5. The new treaty is seen as an important part of efforts to reset relations between the two countries.