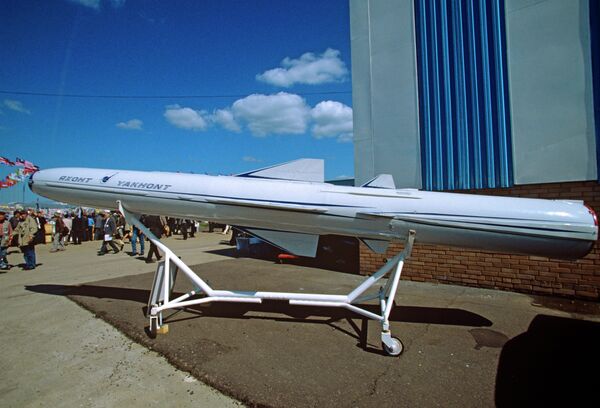 © RIA Novosti . Vladimir Fedorenko
/
Go to the photo bank
Subscribe
Russia stands by its international obligations and has no plans to stop an arms deal with Syria, a Kremlin aide said on Saturday.

Russia stands by its international obligations and has no plans to stop an arms deal with Syria, a Kremlin aide said on Saturday.

The Haaretz daily reported on Friday that Israel was working to "thwart a Russian arms deal with Syria" and that Prime Minister Benjamin Netanyahu had asked his Russian counterpart, Vladimir Putin, to stop the sale of advanced P-800 Yakhont supersonic cruise missiles.

"Lately, some Israeli media outlets have been actively disseminating information distorting Russia's position on the implementation of its obligations to Syria, including in the sphere of military and technical cooperation," Prikhodko said.

"I would like to stress that the Russian Federation honors all the agreements that were previously signed between Russia and Syria."

He said Russia's military cooperation policy is shaped by the president and is not directed against third countries.

Israel considers this weaponry dangerous to its navy vessels in the Mediterranean Sea, The Haaretz said.

In a conversation with Putin, Netanyahu told the Russian leader that "missiles his country had delivered to Syria were then transferred to Hezbollah and used against IDF troops during the Second Lebanon War," the paper said.

A senior Israeli official was quoted as saying that Israel and Russia have been engaged in discreet dialogue over arms deals to the region. But as these talks have not yielded any results, the decision was made to upgrade the level of discussions with a senior political figure.

The P-800 missiles have a range of 300 kilometers, carry a 200-kilogram warhead and feature a unique ability to cruise several meters above the surface, making it difficult to detected and intercept it.