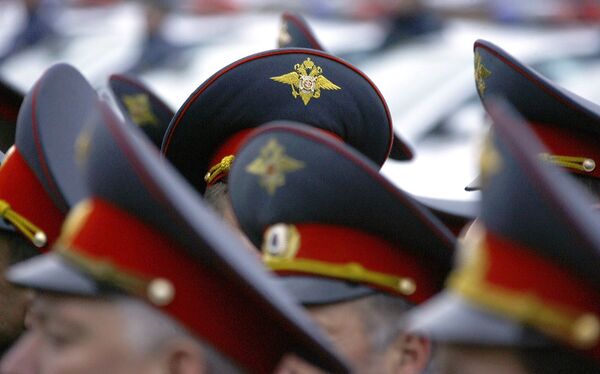 Four Moscow police officers were detained on Saturday in the west of the capital on suspicion of kidnapping, a police spokesperson said.

Four Moscow police officers were detained on Saturday in the west of the Russian capital on suspicion of kidnapping, a police spokesperson said.

The officers were detained after a woman called the police to report that four men in camouflage gear had seized her husband in the entranceway to their apartment. They then forced him into a Ford Focus car and drove off.

“The vehicle was stopped in the Krylatskoe district…four men in the car were detained, three of whom are patrol officers in the north of Moscow,” the spokeswoman said.

She later confirmed that the fourth person in the car was also a police officer, adding that the kidnapped man was discovered unharmed in the boot of the vehicle.

The reputation of the Russian police force has declined dramatically in recent years with officers convicted or charged with burning a suspect to death, shooting sprees, a beheading, and rape in a little over two years.

Interior Minister Rashid Nurgaliyev used his annual Police Day address last November to remind police chiefs that officers should point their weapons at criminals, and not aim them at law-abiding citizens. Shortly after this, he advised ordinary citizens to "give as good as they get" if they are attacked for no reason by officers.

In response to growing criticism of the force, President Dmitry Medvedev ordered a large-scale reform of the Interior Ministry in December 2009 that would trim police numbers and raise salaries in an effort to reduce corruption and attract a better quality of applicant.