The destinies of recognized and unrecognized republics 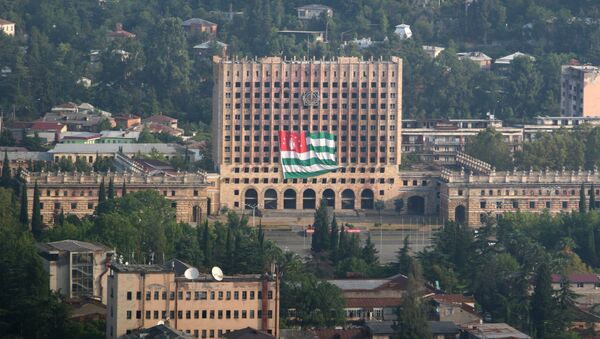 Russia officially recognized the independence of Abkhazia and South Ossetia on August 26, 2008. Previously it had adhered consistently to the principle of the inviolability of frontiers in its relations with the former Soviet republics. However, when Mikheil Saakashvili came to power in Georgia, he placed his bets on a military solution to the Abkhazian and South Ossetian conflicts, and Moscow revised its position. After Georgia's military operations against South Ossetia and Russian peacekeepers in August 2008, President Dmitry Medvedev issued decrees that decided the fate of the two unrecognized state formations.

Apart from Russia, the two republics have been recognized by Nicaragua, Venezuela and Nauru. However, their status in the post-Soviet space remains unclear. Accession to the CIS is out of the question because the Russian example was not followed by any other CIS countries. There was the hope that President of Belarus Alexander Lukashenko would recognize the two republics because, on several occasions, he promised Dmitry Medvedev he would but this has not transpired. It is abundantly clear that the question of their recognition remains a bargaining chip in Minsk's relations with Moscow.

When Viktor Yanukovich was in opposition, he used to say that Ukraine should recognize the independence of Abkhazia and South Ossetia but having become president, he declared Ukraine's support for Georgia's territorial integrity.

Unrecognized territory is a sensitive issue for Ukraine because its autonomous republic of Crimea is obviously leaning towards Russia. After the events of August 2008 and the Black Sea Fleet's participation in military operations, Ukrainian national radicals demanded the abolition of Crimea's autonomous status and the introduction of direct presidential rule on the peninsula. If taken, these measures would trigger a wave of indignation across the Crimea and lead to active civil confrontation. However, the recent Russian-Ukrainian agreements on extending the Black Sea Fleet's stay in Sevastopol make it possible to hope that the Crimea will not turn into a new hotbed of tension in the post-Soviet space.

Ukraine and Russia are also involved in another conflict - between Moldova and the unrecognized Transdnestrian Moldavian Republic (PMR). Territorial disputes sparked bloody clashes there in 1992, which were suppressed by the 14th Russian army. Joint peacekeeping forces from Russia, Transdnestr and Moldova were deployed to the conflict zone.

Recently tensions around this unrecognized republic have again started to escalate. The forces that came to power in Chisinau want to form a single state with Romania. Romanian President Traian Basescu has submitted the national defense strategy to parliament. It demands the withdrawal of Russian troops from Moldavian territory. In this context, the idea of holding a referendum on becoming a part of Ukraine with the rights of broad autonomy is becoming increasingly popular in Transdnestr. Russia is supposed to guarantee this status. That scenario, however, does not suit Bucharest. Basescu warned that if need be he is ready to deploy Romanian troops to help the authorities in Chisinau.

The situation around yet another unrecognized entity - Nagorno-Karabakh - also remains tense. In the past Azerbaijan and Armenia have fought over it in earnest. Coordinated actions by the mediators (Russia, the United States, OSCE and France) prevented a resumption of hostilities. The presidents of Russia, the United States and France set out their position on a potential settlement in a joint statement on June 27, 2010. They noted that the heads of state and co-chairmen of the Minsk Group "welcome as a significant step the recognition by both sides that a lasting settlement must be based upon the Helsinki Principles and the elements that we proposed...: the return of the occupied territories surrounding Nagorno-Karabakh, interim status for Nagorno-Karabakh guaranteeing security and self-governance, and a corridor linking Armenia to Nagorno-Karabakh."

The decision of the UN International Court in the Hague recognized the secession of Kosovo from Serbia as legal on July 22, 2010. This decision will directly influence the unrecognized republics. Although the court mentioned that this decision was merely a recommendation and cannot become a precedent, with it the unrecognized republics across the post-Soviet space received a powerful impetus to continue their campaign for international recognition.

Innokenty Ayasov, member of the Expert and Analytical Council at the State Duma Committee on CIS Affairs - especially for RIA Novosti