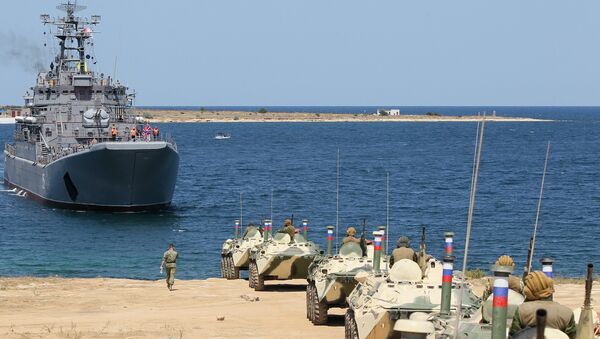 The main focus of the drills has been on maintaining stability and peace in the region, promoting cooperation, and strengthening mutual understanding among the Black Sea countries.

The Russian Navy was represented during the so-called Blackseafor Activation, which started on August 11, by the RFS Yamal large amphibious landing ship of the Russian Black Sea Fleet, which is now on its way to the Bulgarian port of Varna, where the exercise results will be summed up.

The Blackseafor was formally established in 2001 on Turkey's initiative and comprises Turkey, Bulgaria, Ukraine, Romania, Georgia and Russia. It conducts search and rescue operations and environmental monitoring, and organizes goodwill visits to Black Sea countries.